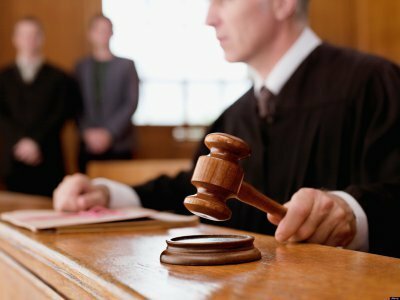 Q: A man in the pub said I will be disqualified as a director if my company is insolvent or goes into liquidation. Is he right?

A: Of course not! However, if you act fraudulently, wrongfully or stupidly then you are at risk!

What are the grounds of director disqualification?

A director can be disqualified for a number of reasons, including wrongful trading, fraudulent trading or 'unfit' conduct. Failing to adhere to your duties as a director will result in an investigation and disqualification.

This guide is based on the Company Directors Disqualification Act 1986 (CDDA). It is difficult subject matter, but a crucial one for every director to consider.  The Act is relevant when reviewing the company's insolvency and how they have acted with regards to it. It is important to state that your company going into liquidation does not mean there is an automatic ban on directors. You can start another limited company, there is no automatic assumption of wrongful trading, and you do not automatically lose your house.

The CDDA Act contains little known but very significant powers, which seek to ban "unfit" directors from being directors of a limited liability company. This action is taken only when it is proven the director has acted wrongfully, fraudulently, or negligently. The Government agency will first have to prove wrongful trading or "unfit behavior" before any action can be taken.

Since October 2015, the Small Business, Enterprise and Employment Act introduced further measures to disqualify directors who have run insolvent businesses in the past, or have influenced other directors.

Directors can also be disqualified if they are involved in company offences abroad. The Act will amend the CDDA, giving a court more time (an increase of a year) to review evidence mentioned above.

Due to the widespread misuse of Bounce Back Loans there has been a push to investigate directors that have either;

What is unfit behaviour of a director?

These are the key points that the Department of Business Innovation and Skills (DeBIS) seeks to ban directors on:

If any of the above points apply to you then you could be at risk!

How many directors get disqualified?

It should be noted that director's disqualifications are still relatively rare (there are only around 1,000-1,500 per year). The Insolvency Act 2000 was designed to speed up the disqualification process and increase the volume of directors disqualifications. In a "fast track" approach directors can admit they have acted wrongly in return for lower penalties.

So, instead of an 8-year disqualification, the director can elect to admit liability immediately for a smaller sentence like a 3-year ban.

CDDA only applies where the company has gone into liquidation; it does not apply in a company voluntary arrangements (CVA).  So, a CVA doesn't require any bans or even investigations into directors' conduct.  Therefore consider using that rescue mechanism first.

Directors can become personally liable for the "wilful failure" of their company to operate  a PAYE scheme on their remuneration. Under s 71 of The Criminal Justice Act 1988 (Confiscation Orders 1996) and s 114 The Social Security and Administration Act 1992 it is possible for the court to confiscate a director's property as a consequence of such failure. The Court can make a disqualification order of between 2 and 15 years for unfit conduct.

KSA Group does not advise using liquidation and restart to turnaround a viable company, unless there are very exceptional circumstances. So, if you are worried about wrongful trading, you can generally avoid any risk of disqualification by using a CVA. Where advice is required on the effects of trading whilst insolvent, please contact us by email at help@ksagroup.co.uk

What are the restrictions placed upon people when disqualified as directors?

If disqualified, a director may not act as a director, or manager in the disqualification period. If he /she does so, that is a CRIMINAL offence!

The penalties are: conviction; imprisonment for up to 2 years, a fine or all. Plus the possibility of personal liability for ALL relevant debts of the company. An interesting point to remember is that; if a director or manager acts on the instructions of a person who has been disqualified then, they too may be made personally liable for the company debts. So beware of banned directors.

Be warned disqualification is a serious business. If you face disqualification proceedings take legal advice immediately from a well experienced corporate lawyer. It is vital to mount a defence if there are mitigating factors. We have good contacts with a number of law firms that specialise in defending disqualification actions. Contact Keith Steven now for a discussion if you are worried about CDDA issues.