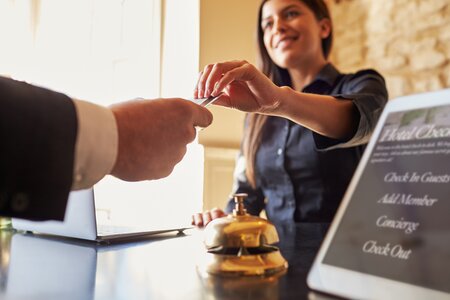 The Grosvenor Hotel, famed for being the location of Channel 4’s series ‘The Hotel’, has gone into administration.

The costly refurbishment of the hotel – and its relaunch – has contributed to the hotel’s insolvent state and that of the wider Richardson Hotel Group.

Here, we’ll explore what happened to the Grosvenor and what might lie in store for the future of this group.

What is the Grosvenor Hotel?

The Grosvenor Hotel is a three-star hotel in Torquay. It’s one of the main hotels on Belgrave Road or ‘golden mile’ and has 46 bedrooms.

It is part of the Richardson Hotel Group’s portfolio along with five other hotels across Devon and Cornwall.

Keith Richardson is the sole owner of the hotel. He bought it from the comedian and entertainer Mark Jenkins in 2012. It cost less than £1m but is still trying to shake the bad reputation it gained during Jenkins’ ownership.

Jenkins and the Grosvenor Hotel found fame in Channel 4’s ‘The Hotel’ - a reality show that “followed the exploits of hapless hotelier-turned-events manager Mark Jenkins”. It ran from 2012–2015 and did not seem to benefit the hotel’s reputation.

Early in January 2018, the Grosvenor Hotel announced that it was going to complete its rebranding in the coming weeks.

It's now called the John Burton-Race Restaurant with Rooms. The name comes from the hotel's Michelin-starred chef who controls the restaurant. He is not the owner, but he may boost the hotel's reputation.

Estimates claim the refurbishment cost over £750,000 and includes:

Why has it gone into administration?

The Grosvenor Hotel is the sixth and final hotel in the group to fall into administration.

The administrators for all six hotels are Mark Boughey and Matthew Wild of RSM Restructuring Advisory. All the hotels in the group are still trading.

Administrators are discussing sales strategies with Colliers International and may end up selling one or more of the other hotels to finance the continuation of the Grosvenor.

Too much money went into the refurbishment, rebrand and relaunch of the hotel. This is why the Grosvenor Hotel and the rest of its group fell into administration.

HMRC petitioned the Grosvenor Hotel to wind up the business. But the move to administration has halted these proceedings.

However, it’s “business as usual” according to Burton-Race.

“This is just a glitch, which will be sorted, I’m not worried. The company has plenty of assets and once one of them is sold, things will go back to normal.”

Hopefully, the move into administration will help the Grosvenor Hotel restructure and become viable once more. If not, its liquidation could affect all the Richardson hotels in the area.

Categories: What is administration, Winding up petition