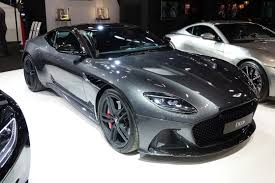 Aston Martin, the luxury UK car marker, has shared its plans to raise £500m worth emergency funding in rescue efforts for the struggling firm.

This announcement follows a long and in-depth board meeting discussing how to prop up the ailing firm. Efforts to strengthen its balance sheet after a poor performance in 2019, was not robust enough to support the company’s operations.

Billionaire Lawrence Stroll will lead the consortium by putting in £182m, under the new deal his partly owned team Racing Point Formula 1 will be branded under Aston Martin. The rest of the money will be from existing investors.

Aston Martin's best known customer is the fictional spy, James Bond – with four cars featuring in the next bond movie, no time to die.

The troubles can be linked to the new factory built at St Athan, South Wales. This factory produced the DBX – potential long-term benefits but so far, the sports utility vehicle is causing short term issues. Not enough cash has been generated from it to pay its bills such as the costs of the new factory. Average selling prices have been falling and dealers have been reducing stock rather than ordering new cars. The company had to borrow £120m at a steep interest rate last year.

The hope is that the new consortium can give some breathing space and stability to Aston Martin which can then implement a cost-cutting programme and get the DBX into production.

The 106-year old firm expect profits to fall by nearly half from the year before and earnings to be well below the £247.3m reported in 2019.