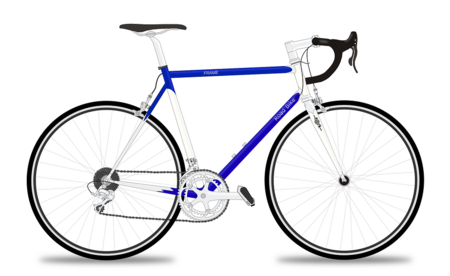 We were approached by one of the directors of this London-based specialist cycle retailer in early 2018. The company, established some 15 years earlier, had seen steady growth with sales of c.£2.5m since its start-up from one of the director’s spare bedrooms. The company was experiencing financial problems due to a difficult trading period in the last quarter of 2017, a working capital deficiency in relation to its growth, cash being tied up in slow moving stock, numerous product issues and a lack of good quality financial management.

Following an initial exploratory meeting between our national turnaround manager and one of the directors, to discuss all the available options available to the company, a ‘solutions and strategy report’ was issued to the board within a day or two. The report recommended the company appoint us to carry out an Independent Business Review (IBR) together with a negotiated extended repayment of a large supplier debt under an informal ‘time to pay arrangement’. The board appointed us and we quickly got straight on with a job of work.

The IBR was conducted to look, in detail, at every aspect of the business. We reviewed marketing activity, assessed management strengths and weaknesses, looked at funding and borrowing requirements (historic, current and potential future), better understood the business model, prepared a statement of affairs comparing outcomes for the company and its creditors in insolvency, undertook extensive (multiple version) financial forecasting using ‘what if’ scenario planning and discussed a forward business plan to facilitate continued growth into the future.

The financial forecasting demonstrated what was a sensible, realistic monthly repayment that the company could offer to the primary supplier to repay historic accrued supply debt of nearly £700k.

After much negotiating with the supplier, their insurers and debt collection agency we agreed an informal 60 month repayment plan.

Having presented the IBR to the board with our recommendations and agreed the extended time to pay arrangement with the supplier our work, we felt, was complete.

We were then approached again by the company some 2 months later as the directors had discovered a significant VAT liability which it had been previously unaware of. Added to that, a poor 2018 quarter 2 trading period, well below expectations, had once again impacted on cashflow.

After further advice from KSA and careful consideration the company decided to propose a Company Voluntary Arrangement to all its unsecured creditors (including the original supplier) and after further forecasting and extensive creditor liaison a CVA proposal was put to the creditors offering a repayment of 50p in the £1 over 5 years. Total unsecured debt amounted to c£1.3m and 81.5% of creditors (by value) approved the CVA. The company formally entered the CVA in January 2019 and trading some 4 months on appears to be stable.

It’s worth noting that, in this case, HMRC were one of two creditors to vote against the CVA but due to the fact the remaining creditors voted to accept, (in excess of the 75% voting requirement) the scheme was approved.