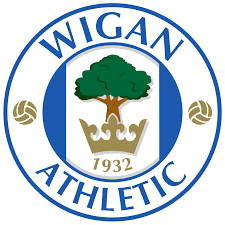 After falling into administration in July last year, administrators of Wigan Athletic have began formal talks with three groups about the potential sale of the Sky Bet League One club.

This comes as a prospective takeover by a Spanish bidder collapsed on Tuesday.

Despite falling into administration, Wigan Athletic have been given the go ahead to start League One of the English Football League, this weekend.

Wigan Athletic has gone into administration after a recent run of good results.  Begbies Traynor has been appointed as administrators and is "urgently trying to save the club".

Administrators pointed out that the Covid-19 Pandemic has obviously hit revenues.

The club recorded a net loss of £9.2m in their most recent annual accounts for the year ending 30 June, 2019.

That was an increase of £1.5m on the previous year.

The Latics are currently 14th in the Championship and have six games left to play since the second-tier season restarted on 20 June. They were last in the Premier League in 2013, also winning the FA Cup in that year. They dropped to League One in 2015, but then made an immediate return to the Championship.

The club will be subject to a 12-point deduction as a result of the administration, if they end this season outside of the relegation zone. If they go down without then it will be applied next season.