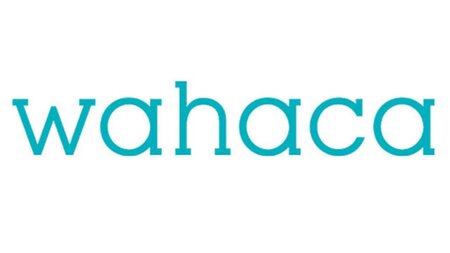 Dick Enthoven, billionaire owner of Nandos, has agreed to provide £4 million worth of investment to struggling restaurant chain, Wahaca. This will be done via the Luxembough-based holding company, Yellowwoods.

This comes as part of its rescue deal and laid out CVA, involved raising new cash to be able to move the buisness forward.

Owner of Wahaca, Mark Selby, remarks: ''Yellowwoods have lent money to Wahaca alongside their equity stake in the business. We are very proud that our investors and our bank continue to be excited about our future and are supporting our drive to be the most sustainable restaurant group in the UK''.

Almost a month after a CVA proposal for Wahaca was first heard and further details have been shared.

Sky News learn that its proposal includes its shareholders and lenders putting in £5m worth of fresh capital, in order to bring the chain to a more sustainable level.

Shareholders will write off the £12m they are owed and lenders, led by NatWest Group, will see 60% of their exposure written off.

The financial restructuring will also involve the closure of a third of its sites.

PricewaterhouseCoopers will supervise a creditors vote on the proposal.

Mexican food chain Wahaca are said to be looking at a company voluntary arrangement restructuring deal to secure its future and facilitate a ‘rescue’ cost-saving plan.

The chain aims to save as many jobs as possible as they have to shut stores since rental costs have made some city centre sites ‘’untenable’’. All of this, thought to have come from the unprecedented coronavirus pandemic.

10 of the firms 28 sites will shut, as was shared in an email to its staff. The group said they will focus on sites they believe will not lose money, even if sales are reduced by a significant amount. The hope is that this will prevent the whole business and each job being put at risk,

Wahaca is not the first casual dining chain to announce such news. Byron Burger, Pizza Express, Prezzo and Carluccio’s are among the many others.

A list of the Wahaca restaurants to permanently shut is as follows:

Wahaca, the Mexican themed restaurant chain, has emailed staff today to tell them that they are looking to close a third of their estate as it battles from a collapse in sales following the pandemic.

The company has managed to raise fresh equity capital as its reserves have been seriously depleted.  Consequently, it said it must close some sites as they were just not viable given the level of expected trade and the rents that had to be paid. In a statement it added that it had seen rents rise significantly in the last couple of years in its city centre locations.  Wahaca trades mainly in London, Manchester, Bristol and Liverpool and has 28 sites.

Wahaca was founded in 2007 by former Masterchef winner Thomasina Miers.

Yet again it looks like the casual dining sector is suffering significantly.  The recent Eat out to help out initiative is not going to be enough to save these businesses that are located in expensive city centres.  Eventually landlords will realise that rents in these areas are too high and will need to come down or a new type of tenant will start coming in.  What type of businesses these are going to be will be difficult to predict but change is coming.

In a sign that landlords are waking up to the problem, Sky News has just reported that the Grosvenor Estate, one of Britain's wealthiest commercial landlords, is to extend the Treasury's Eat Out to Help Out discount scheme by subsidising bar and restaurant tenants' rent in a bid to avoid a fresh slump in central London footfall.