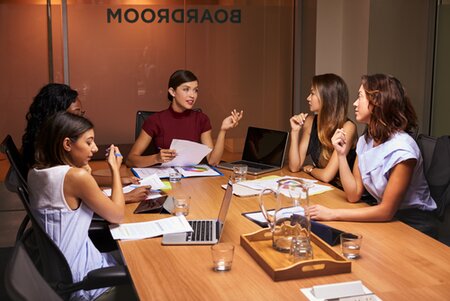 KSA Group Limited, one of the UK’s leading insolvency practitioners, has researched the UK SME market of over 4m businesses in an attempt to see if there was a gender bias on the board of companies that become insolvent.

The study was designed to investigate if the insolvency rate was higher for male or female-run companies.  In the first study of its kind in the UK, companies were investigated to determine the gender of the board of companies that had either gone into administration or liquidation over the last twelve months, to see if there was any correlation between gender and the general financial health of a business.

What conclusions can we draw from these findings?

Robert Moore at KSA Group said; “It is apparent that the insolvency rate is higher in male run businesses, but this may be due to a number of factors that have nothing to do with whether men are inherently worse at running businesses than women.  It may well be that the businesses that tend to be more likely to become insolvent due to the nature of the industry or recent economic events are coincidently run by men.”

The study found that only real estate and letting businesses are overly represented in the data set of female-dominated businesses that have become insolvent.  See the pie charts below which have categorised businesses into the established Standard Industry Classification.

For the analysis Robert Moore (Marketing Manager) and Rebecca Dunne (A marketing intern from the University of Hertfordshire) researched Creditsafe’s database of 4m companies in the UK.

In order to do the analysis, 4 data sets were collected:

Single person directors were excluded as were businesses with less than a 75% gender bias.  The thinking behind this was that single director companies are made up of a significant amount of personal service companies that are not small businesses employing people and needing complex financial controls, but rather just a way of paying less tax.  In addition, certain rule changes in the last year has led to large increases in insolvency rates of personal service companies to do with allowable expenses.

The question of whether male or females are better at running businesses has been researched in America https://journals.aom.org/doi/abs/10.5465/256305.  The researchers found that there was no discernible difference.  However, research done after the financial crisis did show that female-run banks were less likely to go bust https://link.springer.com/article/10.1007/s10551-014-2288-3.

Clearly more studies could be done in this area to see if there really are any gender influences in business failures. Given that many business failures are caused by not acting early enough and not taking advice then the old cliché that men don’t follow instructions or ask for help in many aspects of their lives may just be true in their roles as Directors of companies.