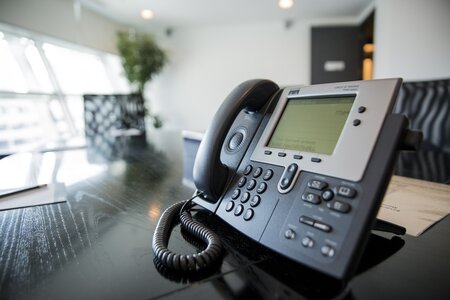 The administrators of True Telecom are now looking for buyers for this insolvent company.

The company's recent legal and disciplinary proceedings may not make it a particularly attractive prospect. However, there is still potential for the company to turn around.

Here, we’ll look at what led True Telecom into administration, and how this development will affect its employees and customers.

Who is True Telecom?

True Telecom is a business telecoms provider that launched in Maidstone, in 2013. It now operates from Crossways Business Park in Dartford.

The Kent-based dealer provides phone lines and broadband to over 8,000 small businesses across the UK. At its peak, it employed 110 staff.

However, the last few years have seen problems arise with customers, regulators and HMRC. These issues have all played their part in True Telecom entering administration.

Why did it have trouble with Ofcom?

This followed a report from Money Mail which explained that cold-callers had taken advantage of elderly people in an attempt to increase profits. The company promised great savings on phone bills, but in reality, tied customers into expensive three-year contracts with hefty exit charges of more than £600.

The company's staff also gave the impression they were from BT Openreach, intentionally withholding the company's number.

A further sticking point for True Telecom was the 201 complaints received about it within two years by the Information Commissioners Office. Complainants requested that the company stop contacting them, however, it persisted. This led to it being found guilty of breaching the Privacy and Electronic Communications Regulations.

“The rules around nuisance calls are clear. There’s no excuse for making marketing calls to people who have explicitly asked not to receive them.”

True Telecom went into administration following the issue of a winding-up petition by HMRC – suggesting that the company owed a substantial amount of tax.

Companies House records show that True Telecom has failed to file any new accounts since September 2015, so details of the cash flow issues behind the company’s administration are unclear.

Tim Ball and Mike Field of Mazars LLP are acting as administrators, and the company will continue to trade while they attempt to sell. There should be no disruption to services for existing customers.

“It is very sad to see a company which had employed so many staff enter into administration. Regrettably, the company was unable to manage its cash flow requirements to meet its liabilities as they fell due. We are currently marketing the business for sale as a going concern. Should anyone be interested, please contact the administrators as soon as possible.”

The company is now expected to make dozens of redundancies in its Sales and Operations department.

Only recently, the company's director, Mark Baines, seemed confident that True Telecom could survive administration. When referring to HMRC debts before the move into administration, he said:

“We’ve had this issue a few times in the past. We’re looking to go into administration and are confident we can manage the company through that process.”

Administration is a viable process for any insolvent business. However, with the accompanying legal and regulatory troubles, a buy-out may be the only option for True Telecom.