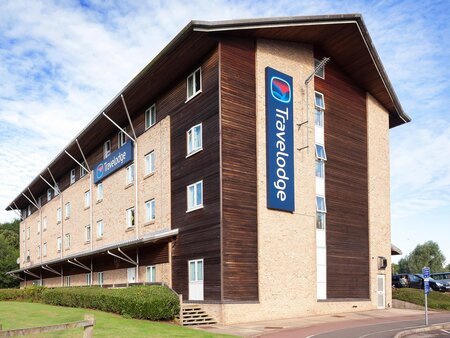 Travelodge has announced plans to open 17 new hotels this year, creating over 360 new jobs across the UK.

The plans will see the hotel chain increase its network to 597 locations in the UK, Ireland and Spain and bosses hope the new sites will be open in time for the summer holidays.

Some landlords (approx 80 hotels) of Travelodge are set to ditch the budget hotel chain and instead set up a rival company, signing leases with new brand, Goodnight.

Goodnight is planned to launch in January 2021 with management parter Village Hotels.

This move follows the bitter dispute between Travelodge and its landlords over rent cuts, totalling more than £140m and rent reductions until 2021, during the coronavirus pandemic.

Travelodge, as expected, slammed the move, saying that it would not be the best choice for landlords to stick with.

Landlords have until mid-November to walk away from new rent terms agreed under the CVA, which Deloitte are working with the firm on.

Today we are informed that Travelodge has sweetened its offer to landlords, in advance of its CVA vote to take place on Friday.

This comes after landlords demanded further clarity on the proposal.

The chain are now pledging that shareholders would not be able to take money out of the company until landlords had been paid in full. They also propose to increase the share of profits which would be handed to landlords to above a £200m threshold and are making it easier for property-owners to excercise break clauses in their contracts with Travelodge.

Just last month, Travelodge hit the news for looking at a CVA again.

Today we are told that a CVA is to be unveiled which includes a new commitment from shareholders to inject up to £40m of new equity.

The borrowing capacity has been increased to £100m, compared to the £60m initial amount.

An insider for the hotel chain says that this CVA will be not result in any hotel closures and all its 564 sites would revert to their full rent agreements from the end of next year. Additionally, landlords would receive £230m in rent for the period between the successful conclusion of the CVA and 31 December 2021, despite being under the mechanism, as well as being promised payments equating to a 50% share of any earnings before interest, tax, depreciation and amortisation above £200m during the next three years.

The CVA plan is currently being questioned by landlords so the prospects of it being endorsed by the majority of creditors is unclear.

For more information on how we can help hospitality businesses, please visit our Hospitality Rescue website.

Travelodge has asked for a rent holiday on its £146m rent bill otherwise it will have to pursue another CVA.

Back in 2012, the budget hotel chain was found to be in debt of £500 million and subsequently entered into a company voluntary arrangement (CVA) with backing from Goldman Sachs, GoldenTree Asset Management and Avenue Capital. With sufficient funds in place and supervised by KPMG, the CVA was approved by the majority of creditors.

The arrangement allowed 49 hotels to be closed and rent cuts on 109 of its 500 hotels over three years. The backers also agreed to write off millions of debt to keep the business running and to see it pull through, with hope of turning it around. Hotels were refurbished and teams were restructured to try and put the business back on track.

Over the last three years, the budget hotel chain has gone from strength to strength, with sales continuing to improve (in 2014, revenue increased by 14.9%). According to reports, profits have risen by more than 63.5% with accounts to December 2014, showing underlying profits at £66.2 million.

It has been reported that Deutsche Bank have been appointed to look at the sale of Travelodge for an estimated £1 billion, potentially looking at a stock market flotation. It was said by Travelodge CEO, Peter Gowers, in a recent Radio 4 interview that the current owners are not “natural long-term holders of the business” and that the investment into the brand was a great success.

Consumers’ habits have shifted towards cheaper and convenient discounters and budget supermarkets. Stores like Poundland and Aldi are opening up all over the UK to meet demand and it’s no surprise to see why they are so successful. Gowers pointed out that Travelodge is in the best position it can be right now, as it is refocusing on providing a friendly and efficient hotel room service for people on a budget. Of course it also helps to write off debt and then have a £100m injection of cash to update the somewhat tired rooms.

I wonder if there is a profit ratchet in the CVA and will the creditors get more money back?