Toys R Us and Maplin: Why did they go into administration? 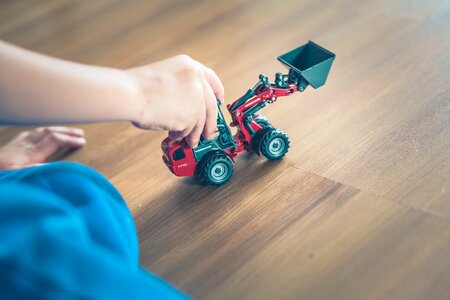 In the last week, both Toys R Us and Maplin have fallen into administration.

These retail giants are the latest casualties of the high street. However, we doubt that they will be the last.

Here, we'll explore why Toys R Us and Maplin fell into administration, and what this might mean for other brick-and-mortar retailers across the UK.

What happened to Toys R Us?

Toys R Us, the store responsible for many happy childhood memories, went into administration on 28 February 2018.

Moorfields, the administrators, are starting an “orderly wind-down” of the UK’s biggest toy retailer. However, all 105 stores will remain open while they figure out the company’s next steps.

A poor sales rate is the main contributor to the demise of Toys R Us. It seems that the warehouse-style stores made popular in the '90s are now losing out to more modern, interactive stores.

This suggests that if the business continues, there will be significant changes to the store’s offering. The company must also work on creating more competitive price points to beat online retailers such as Amazon.

However, firstly the administrators must find a way to pay the £15m tax owed to HMRC. Otherwise, the company may be wound up indefinitely.

What happened to Maplin?

Maplin, one of the UK’s biggest electronics retailers, announced its move into administration shortly after Toys R Us.

Graham Harris, the CEO, said it was “impossible” to raise capital for the business due to the failing pound in the wake of Brexit, weak consumer confidence and the withdrawal of credit insurance.

However, the company is continuing to trade while PwC administrators work to “achieve the best possible outcome for all of our colleagues and stakeholders”.

Why have Toys R Us and Maplin failed?

Toys R Us and Maplin are two of the UK’s largest retailers, so many were surprised when they both fell into administration on the same day putting around 5,500 jobs at risk.

However, the largest company does not necessarily mean the most successful, and both were subject to severe market conditions.

And, they’re not the only ones; many UK retailers are in a similar situation. Multiple high-street restaurants have undergone restructuring proceedings, New Look and House of Fraser are currently looking for financial support, and Warren Evans, East, Feather & Black and Multiyork have all recently gone into administration.

All these retailers have suffered difficulties and prominent changes in both business operations and the marketplace, including:

Neil Wilson, the senior market analyst at ETX Capital, said: "Ultimately this is a necessary shakeout of some pretty out-dated retailers, which though terrible for those affected by job losses, is likely to mean a leaner, fitter retail market and a more productive use of capital.”

What does this mean for customers?

Both Toys R Us and Maplin are continuing to trade for now, although they are selling at bargain prices to get rid of their stock.

This is an opportunity for customers to get some good deals, however, they will not be able to get refunds if they buy faulty products.

Those who have already ordered goods need not panic. They will be delivered as promised. If you own gift vouchers for either store, you should ensure you use them as soon as possible.

If you plan to spend more than £100 with either Toys R Us or Maplin, use a credit card. You’ll be able to make a claim against it if the product turns out to be faulty.

If you are concerned about how similar factors might affect your business, contact our Company Rescue experts today.