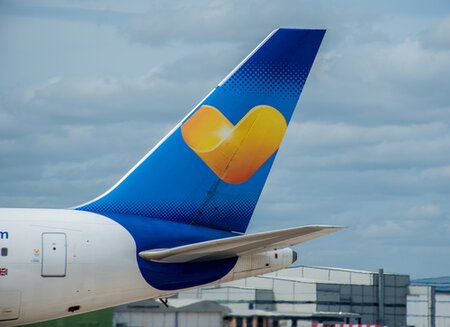 At 2am this Monday morning, the UK Civil Aviation Authority announced that Thomas Cook Group had ceased trading, with immediate effect. All future flights and holidays have been cancelled.

There are numerous reasons to explain 178-year old holiday firms collapse and failure into what is known a compulsory liquidation:

Industry experts say that one cause of the travel company’s failure, is that it failed to keep up with changing times.  Tim Jeans, former boss of Monarch Airlines (collapsed two years ago), said that people no longer ‘’want to fly and flop’’, hence the Thomas Cook model of ‘’flying people from airports across the UK to concrete hotels by the sea’’, became no longer viable.

Another potential trigger is that fixed costs were high all year round, since Thomas Cook owned its own planes and had an extensive network of travel shops. This was expensive, especially in out-of-season periods.  The rise of the now very successful firm, Jet2 holidays which carries 2.5m passengers has put further pressure on margins as competition has increased.

Thomas Cook have been actively seeking to secure a rescue deal, but all attempts to do so have failed.  In August, their largest shareholder, Fosun secured a £900m rescue deal, yet a recent demand from banks to raise a further £200m in contingency funding, put the deal in doubt. The Government were even asked to help raise the extra cash, yet the Foreign Secretary, Dominic Raab, said that the Government only would step in to help a business, if there was a ‘good strategic national interest’ to do so.

Other factors are those such as political unrest in key hotel destinations, last summers prolonged heatwave, delayed bookings from customers due to Brexit, fuel costs rising, fierce competition from low-cost airlines and online agents and holidaymakers no longer using travel agents since they prefer creating their own holiday instead.

Will I be affected?

There is a huge repatriation effort underway, to get the 150,000 stranded holidaymakers back home.

Good news comes from Grant Shapps, Transport Secretary, who has reassured all that The Government and UK CAA are working around the clock and doing everything they can to help those affected. They launched Operation Matterhorn. Dozens of charter planes, from as far as Malaysia, have been hired to fly customers home.  However, this is only for passengers whose journey began in the UK.

Of course, this task is huge and so delays are expected. Customers are advised to remain calm and understanding with the staff who will be trying to assist in this difficult time.

The Department for Transport advise that all customers who are currently abroad via the collapsed company, with booked returns to the UK in the next two weeks, will be brought back as near to their booked return date as possible.  The repatriation programme will run until Sunday 6th October. All customers overseas should see www.thomascook.caa.co.uk for details on their flight back to the UK.

Under the ATOL protection scheme, refunds will be made if you had a future holiday booked and if you were abroad at the time of collapsing you are entitled to finish your holiday and fly home.

Usually, the ATOL scheme only applies to those with the ATOL protection, though in this case, the DfT has announced that all those on a Thomas Cook holiday with a return flight to the UK within the next two weeks, will be brought home free of charge, regardless of ATOL protection and nationality.

Those who will be mainly affected is the employees. There are over 21,000 employees in around 16 countries. 600 Thomas Cook stores exist on the UK high streets – all of these working here, also to wake up to the news of redundancy this morning. If you are a worried employee, please see here.

Unfortunately, any gift cards or vouchers are worthless as they can no longer be redeemed and no refund can be given.  However, you might be able to get the original purchaser, if they paid by credit card to claim for a refund from their credit card company.

Peter Fankhauser, CEO of Thomas Cook, apologises to all of the customers and employees of the firm. He stated it is ‘’a matter of profound regret’’.

Be in touch with www.thomascook.caa.co.uk for any further enquiries.