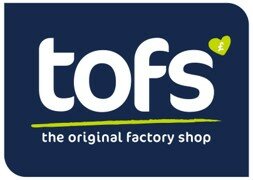 Private equity firm, Duke Street, has said that it will give The Original Factory Shop (TOFS) a £10 million cash injection deal and write off the chain's debts to help, subject to cost reductions for TOFS. Additionally, a CVA Proposal has been launched, with intentions to shut 32 stores (10%) and reduce rents of the remaining 92 – as rent is a big barrier for the retailer. The company believe the CVA will leave them in a better position to deliver their new growth plans.

Turnover for TOFS went up in the year to date April 2017, however, their financial position this year shows a fall in pre-tax profits by just over £1.5 million. In the last year, retailers have faced a lot of pressure due to altered consumer shopping habits. This, as well as stock impairment, is believed to explain the drop. This led to the announcement of plans to shut several stores. Following this, the insurance company, Euler Hermes pulled their credit insurance.

This again looks like a Landlord only CVA where the landlords are asked to allow rent reductions and store closures in order to ensure the company survives.  Suppliers will be asked to continue to supply even though they have had their credit insurance withdrawn.

The list of shops earmarked for closing down are as follows;