The Book People to end operations by Easter 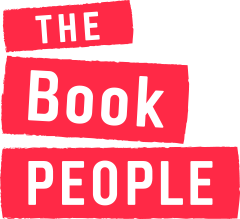 No buyer has been sought for The Book People after its fall into administration at the end of last year. The company will now end its operations by Easter.

Administrators have already begun the firms managed wind down.

A spokesperson for PwC said ''Since the appointment, the administrators have actively been engaging in negotiations with interested parties to achieve the sale of the business.''

''Unfortunately, despite the best efforts of the company and the administrators, it has not been possible to secure a sale.''

Redundancies are inevitable but workers are reassured that they will not be happening immediately.

Just a week before Christmas, the book selling company, The Book People has gone into administration with around 400 jobs at risk.

On Tuesday, PricewaterhouseCoopers were appointed by book enthusiasts and company founders, Ted Smart and Seni Glaister.

The administrators reassure the public that all Christmas orders which have been placed, will be fulfilled and for employees there will be no immediate job losses. Funding is in place to be able to meet the payroll for December. In the meantime, a rapid sale is to be explored, which will ultimately decide on the longer-term prospects for the business, staff, customers and suppliers. A number of credible parties are said to have expressed their interest already.

The Surrey based business, formed in 1988, make the majority of its sales online. It also uses the selling distribution method of pop-up stalls in schools and businesses directly. The foundation of the company was based on delivering heavily discounted book tiltes to workplaces.

Troubles are believed to come from the challenging retail environment, as well as the strength of global online booksellers in competition, including Amazon.  So The Book People has been hit by the so-called 'Amazon Effect'.

In 2017, the business, owned by private equity firm Endless since a rescue deal in 2014, made £71.5m sales according to accounts filed at Companies House. The year before, profits fell to £1.1m from £6.2m the year before. But the company was carrying debt of more than £33m.

A statement issued to Sky News from James Woolley, a partner at Endless, said the firm was ''naturally disappointed'' that its rescue efforts had led to this point.