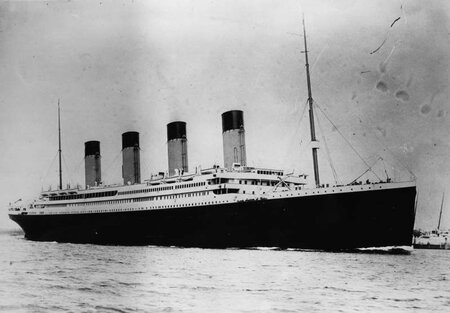 Update: Harland and Wolff have been brought out and saved in a £6m rescue deal from InfraStrata (who work on energy infrastructure projects).

The 79 staff who did not take voluntary redundancy earlier this year, when the shipyard went into administration, will keep their jobs. InfraStrata plan to add to this workforce, by several hundred, over the next five years.

"I am delighted by the news that InfraStrata has purchased the Harland and Wolff shipyard and retained the skills and experience of the existing workforce.

"I firmly believe that the shipyard has a promising future and that InfraStrata's plans present an exciting opportunity for both Belfast and Northern Ireland's manufacturing and energy sectors."

Unions are happy with the outcome. Since the first signs of administration in summer, they have been campaigning outside of their workplace yard site, to secure its future and their jobs - which has been a success.

It is believed that their campaign will be remembered by future generations of workers, as success and power of collective action.

Harland and Wolff, the Belfast shipyard best known for building the Titanic, is expected to be put into administration this afternoon.

This comes since the Norwegian parent company, Dolphin Drilling, put Harland and Wolff up for sale, after experiencing severe financial issues and filing for bankruptcy in June 2018.

No buyer could be found, for Harland And Wolff, which has been loss making for years. Having been in public ownership and losing over £1bn of tax payers money, there was no appetite from government to listen to the calls for its nationalisation.

On Monday, it was announced that insolvency practitioners from the accountancy firm, BDO, were appointed as administrators to the iconic firm.

120 jobs will probably be lost if the business ceases trading, which seems the most likely outcome. Obviously this being far less than the 30,000 employees which the firm had at its peak, leaving less of an effect, but still a highly significant one. The full-time workers specialise in energy and marine engineering projects, but have had a decline of jobs for what has been more than half a century. The company’s last ship building project was in 2003.

Unions who represent the workers are demanding the shipyard to be renationalised as it would be cheaper for the Government, according to them. The workers have been taking control of the work and creating their own rota so that their protest can continue around the daily work. Despite their efforts, the Government responded and said the crisis is ‘’ultimately a commercial issue’’.

Susan Fitzgerald of trade union Unite, says ‘’ we’re staying in until we win’’, hence they continue their protest even though the Government negatively responded. On Monday 5th August, staff were given redundancy notices remarking that the business would cease trading that evening.

Following the announcement of the administration of the company, the Democratic Unionist Party leader, Arlene Foster and East Belfast MP, Gavin Robinson, spoke with the unions, GMB and Unite. They all came to a ‘’shared vision’’ for the yard and saw a huge interest in it, yet the real interest that can determine the viability of the yard must come from Westminster.

John McDonnell, Shadow Chancellor, said Labour would have nationalised the shipyard. He accused the Government of betraying workers and stated how the shipyard has got potential for future work.