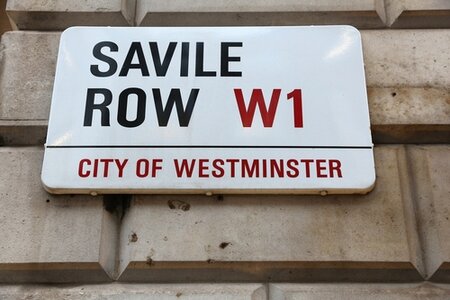 Men’s suit tailor, Hardy Amies has gone into administration for the second time in its 73-year history.

In 2008, the company was rescued from collapse, yet again it has hit rock bottom. It has become apparent that the company has been trading at a loss for some time now, leaving no choice but for buyers to be found, for its UK operations and intellectual property rights. Perhaps museums could be attracted due to the key designs and collections.

Sir Hardy Amies founded the shop on 14 Savile Row, Central London, in 1946. Sir Hardy died in 2003, yet the shop he founded is still the main base.

The likes of Princess Elizabeth and Tinie Tempah have been dressed by the tailor. The 1966 England World Cup team and British Olympic Squad of 1972 are also included in the extravagant list of stars that outfits have been designed for.

Freddy Khalastchi, business recovery partner at Menzies who are handling the administration, said: "Despite trading at a loss in the UK for some time, the Hardy Amies brand has a unique heritage, which is much-revered in the world of haute couture, and it very much deserves to live on.

There is much potential for the historic fashion house – will a buyer be found? Can they be saved again?