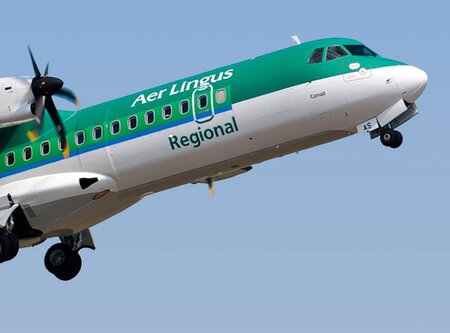 Following the collapse of Stobart Air, its parent company, Esken Group has agreed a deal to sell a 30% interest in Southend airport, to private equity giant, Carlyle. It is thought this sale will raise up to £120m.

City sources share that the deal would be structured as a bond that would convert into equity over a period of several years.

From the collapse, there will be 12 affected routes. Of the 12,  Aer Lingus will operate five routes and for at least the next week and BA City Flyer would operate two. Alternative services for the outstanding routes are still being determined, it is believed.

The pandemic has been blamed since it ‘’virtually halted air travel’’. A buyer or funder for the airline is yet to be found.

There was a deal agreed with Ettyl, an Isle of Man-based company, but it fell apart when the buyer was not able to secure the needed funds.

The airline started off as Aer Arann in 1970 and then became Stobart Air in 2014.

Stobart Air flew to eight English airports, including Birmingham, Manchester, East Midlands and Leeds Bradford, as well as others around Great Britain and Ireland.

It had a contract to operate Aer Lingus’s regional flights until the end of 2022 and last month Aer Lingus agreed a deal with Emerald Airlines to take over the contract in 2023.

‘’Aer Lingus apologises to customers for the inconvenience caused by the cancellation at such short notice of all flights operated by Stobart Air’’.