Smallbone of Devizes in administration threat 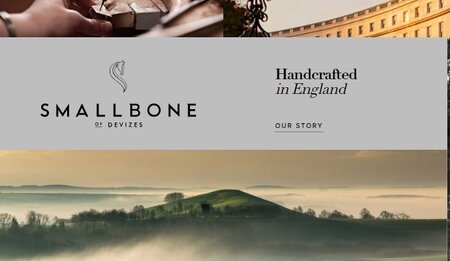 Canburg the parent company of Smallbone of Devizes, the maker of luxury kitchens to the rich and famous, is on the brink of collapsing into administration.  Canburg also has the brands Mark Wilkinson

Canburg, has filed a notice of intention to appoint the accountancy firm Grant Thornton as administrators.  This gives the company a 10 day moratorium against creditors in the hope that the business can be saved by being sold or receiving a cash injection.  It is possible that a winding up petition was being threatened.

Several hundred jobs are said to be at risk, Sky News reported. With consumer spending weak and the housing market in London and the south-east faltering in the run-up to Brexit, furniture and home improvement has been one of the hardest hit retail sectors.

Canburg is based in Devizes in Wiltshire and employed 275 people in 2016, most of them craftspeople.

If Canburg does go into administration it will be a blow to the Business Growth Fund (BGF) which has invested £2.5bn into businesses in the wake of the financial crisis. The BGF has invested £8m in Canburg.  However, it was always likely that this sort of fund would have some losses and £8m is not much in the bigger picture.

The bad news is that, if the company does collapse and administrators are eventually appointed then deposits paid for kitchens are unlikely to be repaid.  Jobs half finished could be taken on by new contractors but it will most likely be more expensive in order to protect the contractors from the risk of problems and the likely complications

When Moben Kitchens went bust several years ago many people lost out.  A claim for wrongful trading, where the directors took on deposits for kitchens knowing the company was going to collapse, could not be proven and the same is likely to happen again.