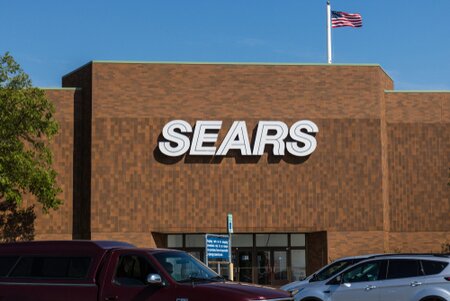 Sears, the US department store chain, is rumoured to be in liquidation.

A deal with chairman, Edward Lampert, over a $4.4bn takeover failed, leaving the retailed to ask for permission to liquidate by the courts.

The 126-year-old firm filed for bankruptcy protection in October, with 68,000 employees left at risk. 142 unprofitable stores would close as well as the 46 store closures announced previously.

If the liquidation follows through, the majority of the jobs will be lost. However, some parts of the businesses could be saved. Retail analysts say the home services unit may remain.

The company themselves are yet to comment on such reports, though they did tweet on Monday about ‘slowing down’,but being ‘not out of the race yet’.

As has many other retailers, rising competition from the likes of Amazon and Ebay, has meant the firm has suffered.  Poor strategic decisions and underinvestment impacted upon trading, making sears a struggling retailer, instead of a successful one.

Will a liquidation be confirmed? What will Sears comment? Watch this space!