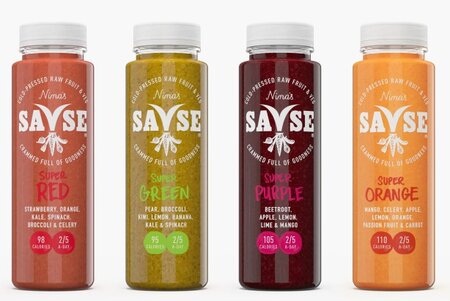 Declining sales, the loss of a listing in Boots and financial pressures from Brexit lead to the collapse of Savsé.

Smith and Williamson are the appointed administrators, working with the company to seek a buyer. Discussions are in progress and the board of directors are hopeful for a sale. No acceptable offer has been put forward as of yet.

Colin Hardman, joint administrator explained that the company had experienced financial difficulties for some time and last month when its principal investor was unable to provide any further funding, red warning signals became more a reality.

The smoothie brand has been going since 2013, when it was founded by Guka Tavberidze. It grew quickly, gaining listings in Tesco, Boots and Waitrose. It was seen a darling with its cold-pressed technology and healthy, delicious newly developed products. In 2018, Tavberidze was replaced by Paul Gurnell (whom has now left the business). Companies House reports show that its private equity backer, AGC Equity Partners, took full ownership of its shares.

Having its manufacturing located in Europe, Brexit's affect on the value of the pound, has hit its margins and profitability quite significantly. Savsé's sales dropped 13.7%, to £5.7m in the supermarkets in the past year. Reviewing the most recent financial reports, the small business made a trading loss of £8.4m compared to £6.4m the year before. It is thought that competition from rival, Innocent, also had a part to play in the collapse.