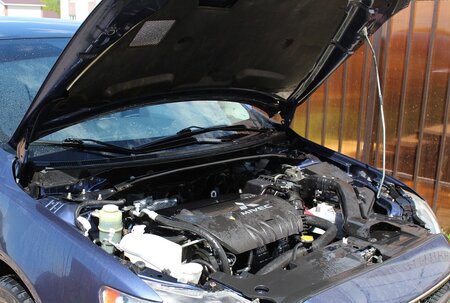 The Insolvency Service has announced that the director of Salford Auto Spares Ltd, Ayaan Khan, has been disqualified.

This comes after he admitted to transferring £50,000 out of the company’s bank account when he knew it was insolvent. By opting for the director disqualification undertaking, rather than the order, Mr Khan avoided an official court hearing.

The Secretary of State has decided that this ban will last for seven years. During this time, Mr Khan cannot act as a director, or manage or form a company.

Who is Salford Auto Spares Ltd?

Salford Auto Spares Ltd was a car spare parts company based in Manchester. Ayaan Khan from Oldham was the sole director when it went into liquidation on 4 May 2016.

At the time of liquidation, the company owed more than £112,000 to creditors.

The liquidators received claims from at least 98 customers, all of whom had made full payments in advance to Salford Auto Spares Ltd before the liquidation date. They had not received their goods, so were consequently considered unsecured creditors.

Why was the director disqualified?

Liquidators investigate directors’ conduct as part of the liquidation process. The Insolvency Service looks for evidence of wrongful or fraudulent trading. In Mr Khan’s case, it suspected him of wrongful trading.

Mr Khan did not dispute these accusations. He confessed that between 12 April and 18 April 2016, when the company was preparing to cease trading before entering liquidation, he caused the company to transfer £50,180 out of its bank account.

He also did not dispute that these transfers were not in the best interests of the company and were to the detriment of its creditors.

As he failed to provide information about the transfers, they remain unexplained.

The Secretary of State accepted this undertaking on 16 April 2018 and determined that the disqualification would be for seven years. It came into force on 7 May 2018.

Because of this, Mr Khan cannot promote, form or manage a company without special permission from the court.

“In full knowledge that the company was failing, this director has chosen to seek to defeat the claims of creditors, and his improper actions caused losses to others which were wholly avoidable.

“Directors who show such blatant disregard for their fiduciary duties can expect to be investigated by the Insolvency Service and removed from the corporate arena for a lengthy period.”

If you are an unsecured creditor or are concerned about a liquidator’s investigation, talk to our Company Rescue experts today.