Retailers increasingly turn to CVAs to restructure their businesses 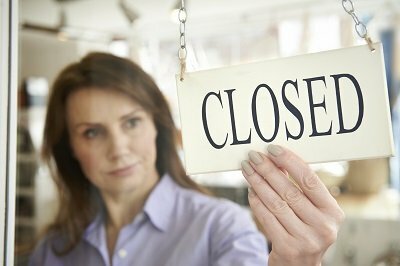 Figures from the British Retail Consortium (BRC) show that the UK high street and retail performance is facing difficulty. In 2016/2017 we saw a sharp decline in performance and it has been stressed that this has continued.

This has been borne out in the high number of companies entering administration or seeking creditors voluntary arrangements (CVAs) within the last 12 months.

Here, we'll take a closer look at UK high street performance and the factors causing it to suffer.

Firstly, What has happened to high street performance in the UK?

These are the key statistics from the latest BRC research:

How has this affected specific businesses?

Several UK high street retailers have hit the headlines after being forced to take action due to falling footfall, including:

Despite this, six retailers have been saved. See the cases of House of Fraser, Arcadia, Office Outlet, Patisserie Valerie, HMV and Evans Cycles.

Economic and political uncertainty, falling consumer confidence, changing consumer habits and rising inflation have all contributed to the long-term decline of the UK high street.

However, the most pressing factors impacting the retail sector in May 2019 were:

KPMG's UK retail partner, Paul Martin, stressed: “The extremely low growth online is real cause for concern, especially with almost a third of all non-food sales today being made online. This trend has continued to manifest itself over the last year and requires real focus from the retail community.”

Gary Grant, founder of high street toy retailer, The Entertainer commented: "Landlords are being very realistic about their rent, but the one thing that is not negotiable are business rates.

"[The retail sector] is seeing many stores empty for long periods of time and the biggest issue is that [retailers] can’t open stores.''

“The Government just haven’t got it. They need to take some responsibility for the high street’s decline.”

Likewise, Helen Dickinson, OBE, BRC's Chief Executive, states how such rates prevent retailers from ''investing in their physical space. We have a broken tax system, which sees retailers paying vast sums of money regardless of whether they make a penny at the till, and yet the Government is failing to act.''

With the UK high street continuing to suffer, it pays to know your options as a company boss. Taking difficult yet decisive decisions at the right times will put you in the best possible position to keep your company trading successfully.

If you are worried about declining UK high street performance and the prospect of a CVA, contact the experts at Company Rescue today. Take a look at our site for many useful pages of advice.