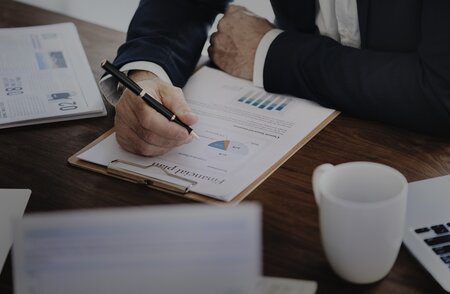 Moore Stephens has found that “Pre-pack administrations are continuing to sidestep measures to stop the abuse of the current insolvency system.”

Some directors seem to be maximising their own interests by setting up phoenix companies. They then continue to run their business as before, while their creditors get very little from the sale.

This damages the reputation of pre-pack administrations, and the credibility of the entire insolvency process.

Here, we’ll explore this new research and suggest what this might mean for businesses and creditors legitimately looking to use pre pack administrations in the future.

The accountancy firm, Moore Stephens, recently investigated the use of pre-pack administration in the UK.

It discovered that only 72 out of the total 371 pre-pack administrations between November 2015 and January 2017 were referred to the Pre Pack Pool.

The 'Pre Pack Pool' is an independent body that identifies and prevents abusive pre-packs from completing. However, these investigations are not mandatory. They only begin after a connected party makes a voluntary application.

“It is disappointing that even fewer phoenix-type pre-pack sales are putting themselves up for independent scrutiny.

“The fact that the Pre-Pack Pool is still being woefully underutilised can only be bad news for wider confidence in the pre-pack process and the creation of phoenix companies.”

Half of the total number of pre-pack administrations in this time involved a purchase by a connected party.

This raises concern that directors of failing companies are using pre-packs to set up deals to benefit themselves at their creditors’ expense.

So, are pre-pack administrations a bad thing?

Pre-pack administrations don’t have the best reputation and this apparent abuse of the system will do nothing to improve this.

However, “Pre-packs and the resultant phoenix companies can offer a viable way forward for a business” if used correctly.

Pre-pack administration allows a company to sell its assets before appointing an administrator. This saves time and can ensure that the actual business of the company and its employees can continue.

It is not uncommon for a company to legally start up under a new name with the same directors (or people linked to them). This leaves the creditors out of pocket and, if done without proper process and questionable valuations, is an abuse of the insolvency system.

Pre pack administrations are a last resort. They should only be used when all other attempts to maximise creditors' interests are unsuccessful.

Clarkson suggests that the Pre Pack Pool should gain authority to oversee any sales to a connected party:

“If the same management are going to get a second chance at running a failed business, then it seems reasonable that the Pre-Pack Pool is given oversight of the process.”

Opening up a deal to the scrutiny of a third party is not going to be popular with the directors or the advisors of companies seeking pre-pack administration.

The whole idea behind pre-packs is to save time and act before a business goes under. Adding another party to the mix will complicate things and lengthen the process.

However, as long as Insolvency Practitioners (IPs) follow the rules of SIP 16, creditors should be able to trust the pre-pack administration system even without this additional layer of regulation.

IPs are subject to regular audits and checks for SIP compliance, so there is rarely much for creditors to worry about.

If the Pre Pack Pool did get involved, the creditors would end up paying for the IP’s time to explain the deal to the panel. This involvement could actually end up being more detrimental to their interests. So, for now, creditors should hope that the system remains the same.