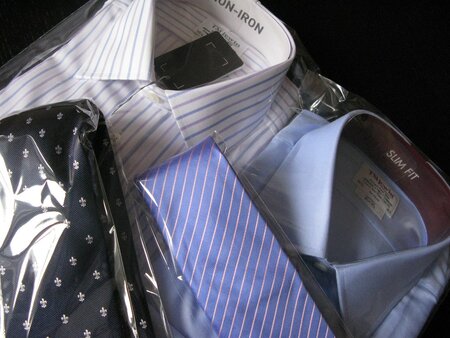 Following the administration of TM Lewin a few weeks ago, an investment vehicle owned by PETRA Group has reached agreement with TM Lewin's administrators, Interpath Advisory, to acquire the prominent fashion brand.

Details of the deal are yet to be announced but is expected before this weekend.

Torque Brands brought TM Lewin in May 2020 but lenders have now appointed Will Wright and Chris Pole from Interpath Advisory to handle its administration - this being the brands' second collapse in two years.

Rumours say that Torque Brands had been unable to meet a recent demand for funding, thus leaving a collapse on the cards. Administrators could be appointed as early as this week.

The brand has no physical shops since all 66 were axed in its last insolvency event.

Now, less than 100 people are employed but this is all at risk.

Administrator Will Wright commented on the recent affairs: ''Over the course of the pandemic, men’s apparel – and formalwear in particular – has been one of the hardest hit parts of the retail sector, as work-from-home measures and restrictions on events meant demand for suits and formal tailoring waned. Unfortunately, and despite the Company undergoing a significant restructuring at the start of the pandemic which saw it move to an online model, the impact on this famous British brand has been severe. Our immediate priority is to explore options for the business, including a sale of the business and its assets.''

It is rumoured (from an article in The Daily Mail) that TM Lewin has collapsed into administration, with 600 staff set to lose their jobs. Coronavirus is said to have caused the collapse since rents could not be paid after its stores shut in March following lockdown measures.

The shirt makers’ 66 stores will disappear from the UK high street, though its online business will remain.

An employee shared that staff received an email just 25 minutes before a MS teams meeting where the 110 staff who were on the 4-minute call, were told they were being made redundant.  She said ‘’there was no chance for anyone to ask questions or have any say. We were told to mute ourselves and turn off our cameras for the meeting.’’

TM Lewin’s’ new owner is said to have drafted in restructuring experts too seek an arrangement that may lead to the closure of the majority of its 66 stores.

The Sunday Times reported that restructuring firm, ReSolve, was called in for the menswear retailer to make the brand move online with just a few stores.

It is likely that a pre-pack administration will be used. If this were to be the case, hundreds of jobs are at risk. A pre-pack is when the business and assets are acquired by a connected or third party at the same time as going into administration, the sale being ‘pre-arranged’. During this period of the Covid-19 pandemic, other retailers have used this insolvency tool to be re-acquired by its owners; Quiz, Go Outdoors and Monsoon Accessorize.