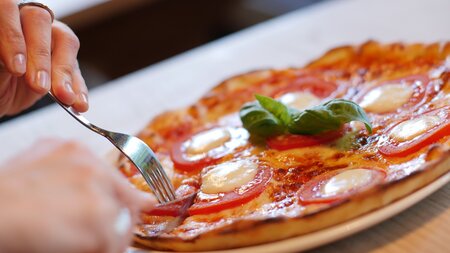 Update:  Prezzo has struck a deal to close 92 stores by way of a company voluntary arrangement which was approved by creditors. Under the rescue plan, rents will be cut by between 25% and 50% at 57 sites.

It’s been revealed that the popular Italian restaurant chain, Prezzo, is seeking advice from a company turnaround service.

It is the latest in a batch of food retailers who have been experiencing financial difficulties. Companies including Jamie’s Italian, Handmade Burger Company and Byron Burgers have all been affected by rapid increases in cost and industry changes.

Here, we’ll explore what the future might hold for Prezzo and other retailers in a similar position.

What happened to Prezzo?

The private equity firm, TPG owns Prezzo and its associated chains. It has asked consultants at Alix Partners, an American firm, to work with Prezzo to identify its “options”, which may include closures.

TPG then backed a 50-store expansion throughout the country.

The appointment of turnaround advisors comes shortly after a claim from Debtwire, an information provider, that Prezzo is going to breach its year-end debt covenants.

Reports claim that Prezzo, whose brand also includes Chimichanga, has seen a like-for-like sales decline of between 6% and 7%.

Estimates state the chain may have to sell up to 50 restaurants to remain viable.

However, for the first time in the brand’s history, Prezzo was named on a list of the best-performing retailers in the UK for customer satisfaction. So, customers and critics seem to like these restaurants, but is that enough to remain viable in these turbulent times?

Has this happened to other restaurants?

Several mid-market chains have become insolvent in recent months. Both Byron and Jamie’s Italian chose to use a Company Voluntary Arrangement (CVA) to rectify their situations.

These companies and their creditors agreed on repayment plans that will alleviate some of the financial pressures the chains were under.

Despite this, Jamie’s Italian has confirmed that a third of its UK sites will close. However, the 25 which remain open will be unaffected by these changes.

Many restaurants in the casual dining sector are struggling, but are not yet insolvent. Carluccio’s has 102 outlets in the UK but has been underperforming in certain areas. It is bringing in new management to improve its standing and hopefully avoid insolvency proceedings.

Why has this happened?

Experts are calling this the “casual dining crunch”. Other sectors are facing similar pressures; brands such as Toys R Us and House of Fraser are also considering CVAs. However, the casual dining sector is where the effect is being felt most.

This is, in part, due to the dramatic increase in casual dining options over the last few years. Many brands simply cannot cope with this new level of competition.

Profit margins have fallen significantly due to changes in the industry in the past year including soaring labour costs, a rise in business rates as well as food and rent inflation.

The return of substantial discounts and promotions has also affected profit margins and customer loyalty.

All of these factors are resulting in many operators carrying out severe restructuring and the closing of several stores.

Prezzo is just the latest casualty of this crunch, however, we have a feeling it won’t be the last.

If you are concerned about your company’s financial status, ask our experts for tailor-made advice today.

Category: Hospitality, Retail, What is a CVA or Company voluntary arrangement?