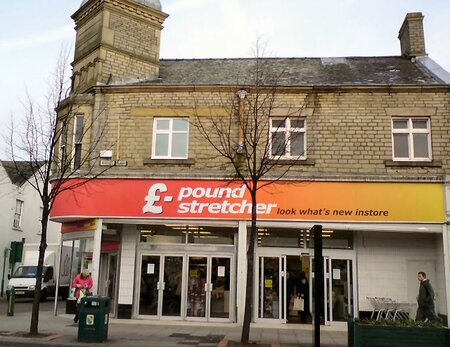 The budget retailer recorded sales of £140 million in the six months to the end of September in spite of external cost pressures. Last year it entered into a company voluntary arrangement (CVA), which allows it to pay back certain debts over an agreed period, as well as closing stores and making more than 200 redundancies.

Poundstretcher chief executive Aziz Tayub said he was “proud and inspired” by the way the company had risen to every challenge, from the CVA to the pandemic, with resilience, courage and a caring attitude.

After demanding rent reductions as part of a restructuring plan last year, Poundstretcher has been served with a notice by more than 60 landlords to vacate its stores.

As part of the rescue plan, rent cuts were demanded from hundreds of landlords with the whole estate switching to monthly payments. The estate was split into groups A, B, C. The differences were most noted as below:

Group B Landlords: told that their premises were only viable with rent reductions

Group C Landlords:  told that their premises were only viable if zero rent is paid

C and B Landlords had the ability and rights to termiate the variety discounter's leases.

A year on and a report has been filed at Companies House to reveal the progress following the CVA. It showed that since the CVA was approved, ''14 category B landlords and 49 category C landlords have exercised their rights under the CVA requesting the company to vacate the relevant sites.”