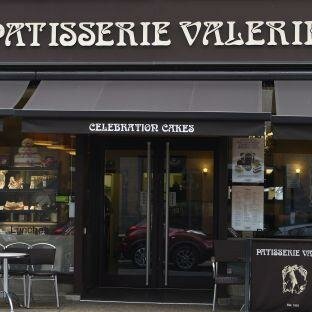 Patisserie Valerie has been rescued by Causeway Capital Partners as it is bought out of administration.  It is expected that 96 out of the 121 outlets will stay open and most of the 2000 jobs will be saved.

After talks with the banks failed, Patisserie Valerie have fallen into administration. 70 outlets are to be closed immediately, whilst the remaining 121 continue trading, with hope of a buyer being found. A third of the 3,000 are understood to be made redundant. For any employees seeking advice regarding redunancy, see our page here.

Patisserie Valerie is under more pressure as it now appears that the "black hole" in its accounts is bigger than the initial £40m that was uncovered.  The company confirmed that it was in talks with its lenders to see if there was a way forward.  There is therefore a chance that lenders will not support it and the company will have to either go into administration or a Company Voluntary Arrangement if it is viable enough.  Either way it is likely that Luke Johnson will have to put in more than the £20m he already has in order to save the chain.

The latest news, for Patisserie Valerie, is that rumours suggest they are considering suing Grant Thornton, for failing to spot the £40m hole in their accounts.

Luke Johnson, revealed that the board found a £9.7m 'secret overdraft', with Barclays and HSBC - that he, nor the auditors knew about.

Johnson says the past week has been ''the most harrowing''. He felt morally obliged to rescue the business, as shown by his £20m cash injection.

''2800 jobs were at stake, there was 12 years of effort that I and colleagues had put into the business, and the board were determined not to allow the business to go into administration''.

Only earlier this week, Patisserie Valerie was brought to our attention, being at risk of collapse. Now, news suggests they have been saved.

Luke Johnson, who owns 37% of the company, has provided £20m of loans to the struggling chain.

The deal agreed lending of £10m for three years, to owners Patisserie Holdings plc. It is said that this will provide ''immediate liquidity''.

Additional to this, a further bridging loan facility of up to £10m was provided.

New shares have also been issued, allowed a further £15m to be raised for the firm,

The firm said it had also raised another £15m by issuing new shares.

Company directors said they required a cash injection, immediately, of minimum £20m, for the firm to continue trading in its present form.

Following the ''significant, and potentially fraudulent, accounting irregularities'', reported,  finance director Chris Marsh had been arrested and released on bail. The Serious Fraud Office said it had "opened a criminal investigation into an individual'', with no further comment or information being given.