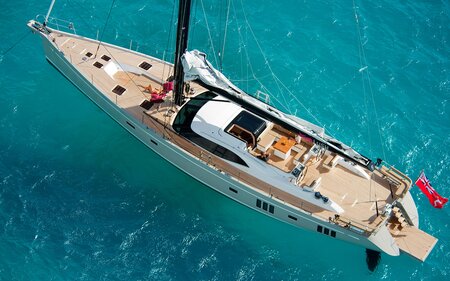 This move has cost over 150 people their jobs, although this number could rise even further. The industry expects Oyster Yachts to make a statement regarding this later in the week.

Who is Oyster Yachts?

Oyster Yachts is a luxury yacht building group that has been trading for more than 45 years.

The company's primary base is Saxon Wharf in Southampton. However, it also has offices in Norfolk, Mallorca and the USA.

In 2012, HTP Investments BV bought the company from Balmoral Capital. It cost just under £15 million.

Since then, it has been extremely successful. Oyster Yachts recently launched its new model, the Oyster 745, at the Dusseldorf Boat Show. It received much praise for its innovative and modern design. 'Cruising World', a US magazine, even gave it the title of ‘2018 Best Luxury Cruiser’.

And it didn’t’ stop there; Oyster Yachts recently publicised the progress of new moulds for two of its models (the 825 and 895), suggesting the company was growing and performing well.

The company’s website recently announced that it ended 2017 with a record number of orders. These were worth more than £80 million. So, it's no surprise that many industry experts were shocked to hear news of the company’s liquidation.

Why did it go into liquidation?

According to reports in the trade press and the company’s website, Oyster Yachts has ceased trading and has gone into liquidation.

Considering recent product launches, profit announcements and its place within the industry, this was a huge shock for the yachting world.

The causes for the liquidation are not yet clear, although some rumours state that the Dutch investment firm that owns the company (HTP Investments) has withdrawn financial support.

The investigation and repair of structural defects on some models might also be a contributing factor. These issues were revealed following the investigation into the sinking of the Polina Star III, which lost her keel on the coast of Spain in 2015.

What does this mean?

“It is with sincere regret that we advise that the Company has been unable to secure financial support to enable it to continue to trade at this time and it is looking at all opportunities available. Further information will be issued as soon as we can.”

In the meantime, 400 jobs within the Oyster Yacht group are at risk. However, it is yet to confirm the number of job losses at each site.

So far, 160 staff at Saxon Wharf and 10 at Fox’s Marina, Ipswich, are facing redundancy. Other employees are awaiting news about the company's future.

Staff at the Wroxham site were told that all operations had to be stopped to prevent further losses. In a letter to its staff, Oyster Yachts said:

“[The company has] been unable to secure financial support to enable it to continue to trade at this time and it is now facing entering into an insolvency procedure imminently.

“The company has decided to close all operations today (and for the immediate future) to prevent or minimise all loss to employees and all other creditors.”

Oyster Yachts will require “third-party” support if it is to become viable once again. However, before that happens, many employees are likely to become redundant.

If you are concerned about insolvency, liquidation or employee redundancies, talk to our experts at Company Rescue today.