A rescue deal for Supercuts 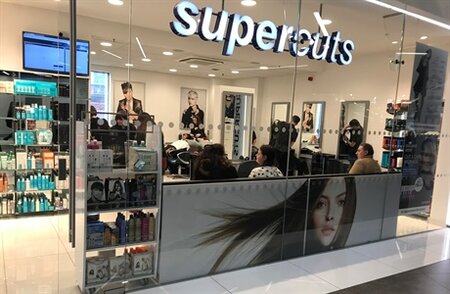 Budget hair salon, Supercuts secure a rescue deal and save more than 1,000 jobs.

It is reported than Bushell Investment Group, owned by entrepreneur Lee Bushell, supported a management buy-out of the business and assets of Supercuts owner Regis UK.

With this deal, 200 jobs remain at risk and 60 sites are expected to close.

Matt Cowlishaw, joint administrator, said: “We are pleased to have concluded the sale and for being able to preserve a significant number of jobs at two well-known brands.”

In October, Regis UK appointed Deloitte as administrator. After filing for a company voluntary arrangement, in December landlords filed a legal challenge which put the CVA on hold.

On Wednesday night, we saw the owner of Supercuts, one of Britains largest chain of hair salons, go into administration. 1,200 jobs are at risk.

In the UK, the company trades under the Regis and Supercuts brand.There are 220 outlets distributed across Britain, with 3 located in Birmingham.

Sky News reported that administrators at Deloitte have been appointed to assist in managing the firm’s finances. It is believed that Deloitte were appointed following a legal challenge to the Company Voluntary Arrangement Regis UK proposed last December. The landlords of which filed the appeal to challenge the CVA in courts included British Land and Hammerson.

A buyer is expected to be found and none of Regis' UK sites are to be closed whilst options for the business are explored. Despite this, the fate of its 1,200 employees and the outlets’ future remains at stake.

One thing for sure in this particular failure is it isn't the rise of online shopping that has made a chain of Hair Salons fail.  In this case it is likely to be rents, rates, and minimum wage which played a bigger role.