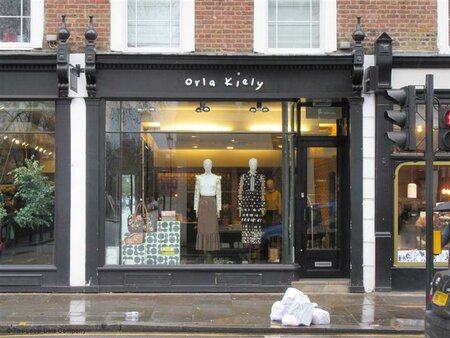 Irish designer, Orla Kiely has made the decision to shut down its retail, online and wholesale businesses.

In a statement provided to the Irish Times the company said: 'Having carefully considered the options, the directors of Kiely Rowan Plc have concluded that the business should enter voluntary liquidation following various challenges that have faced the company over the past few years, both in the UK and abroad.'  They added how the businesses Home and Design license will not be impacted and that a range of accessories and homewares will remain to be sold through distribution partners.

Creditors, in need of contact, were advised to speak to specialist turnaround and rescue company, David Ruben and Partners who have been appointed as administrators.

Orla Kiely had dressed several well known names, Kate Middleton and Alexa Chung but to name a few - hence this was a move the shocked the retail world.

The business began in the early 1990’s, designing hats and handbags. Now her global designs are on everything from bedlinen to kitchen wear to wallpaper.

This was all very sudden according to sources with employees just being told at lunchtime yesterday that they were all out of a job.

Why has this liquidation happened so suddenly?

When it is obvious that a company is insolvent they must cease trading as soon as possible so as not to make the position worse, otherwise they could be accused of wrongful trading.  It is also likely that a new rent uplift was due at the end of September and if they were to continue trading they would have had to pay the rent.  So a liquidation would stop that liability.

There is still plenty of demand for her designs but it would appear that her own shops and online business couldn't compete with her own distribution partners!