One in Five UK businesses are financially distressed 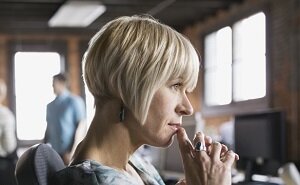 New and unsurprising figures show that retailers form a significant part of the total number of businesses which have been under the most stress in recent years.

KPMG analysed account filings of UK businesses with revenues in excess of £10 million over a five-year period to the end of 2018. It was found that overall, one in five UK businesses are financially stressed, with over 1000 companies in situations of acute distress.

For each filing, KPMG analysed a range of metrics including trading performance and profitability, cashflow and liquidity, and debt leverage – which were combined to produce a score to identify overall financial stress and distress.

Stress, in the words of Blair Nimmo, head of restructuring at KPMG, means in this case, ‘’companies which may have experienced instances of negative cashflow or working capital, defaulting on debt repayments or with a high debt-to-equity ratio’’.

Over the five-year period, the amount of businesses in financial stress increased from 19 per cent to 21 per cent, compared to those identified as distressed, remaining steady at four per cent.

“Taken individually, all can be relatively manageable. However, an accumulation of such factors can indicate a company is veering towards distress – and possibly insolvency.”

The analysis shows that by terms of volume, the sector with the most financial stress and distress is retail, followed by leisure and hospitality, building and construction, industrial manufacturing and consumer production.

It is said that consumer attitudes towards spending is causing the changes; having more choice over where to spend and what to spend on, nonetheless being due to sluggish wage growth and economic uncertainty, is no doubt reinforcing cautiousness of spending.

“Mix fragile consumer confidence with the burden of high rents, business rates and increased labour costs, and it’s clear that many of those who operate on the high street will continue to tread the fine line between stress and distress over the year ahead.”