An update on Oldham Athletic 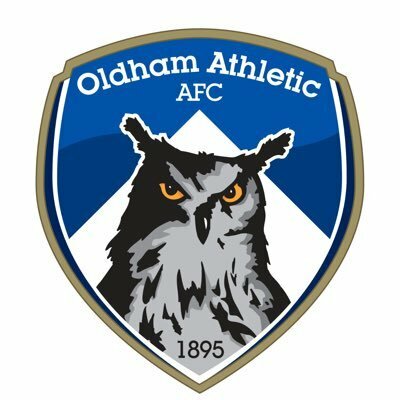 Oldham Athletic have agreed a deal with stadium owners, Brass Bank, to buy Boundary Park and the surrounding land following the adjournment of its court case - initially thought to put the club into administration.

The court case related to a loan and unpaid rent owed. However, the case was withdrawn after a significant sum of the debt was paid. The club and Brass Bank hope to finalise the deal before April 21, when the case is said to resume. The club and its owner, Abdallah Lemsagam have until then to pay the outstanding six-figure amount.

The Judge of the case, agreed with both parties that administration was not the way forward. He said it would cause more complications. Judge Eyre QC said he would have considered administration if a 12-point deduction would of made a difference to the relegation space in League two, but in this case it would not make much difference.

The North Stand is also expected to re-open after following and implementing careful safety improvements as directed by Oldham Council.

The winding up petition filed against the club from HMRC, to be heard in the high court on 18 March has been settled.

''We know that this has been a very unsettling time for the fans and all associated with Oldham Athletic AFC," the club said.

"We believe this to be the right deal for the future of the club and that it will, once complete, put us in a far stronger position to be able to deliver the experience, football and results we all desire.''

You can read the full statement by the club here.

This comes as the Manchester based club were served with papers this weekend, relating to an Administration Order concerning debts of over £600k owed to landlord Simon Blitz via company Brassbank.

A court hearing is due for attendance on Friday 6th March which could make or break the club. If the debt cannot be paid in full, red flags appear and administrators may be appointed there and then.

Sources say potential administrators have been approached, with Blitz keen to provide the backing through administration. An administration would serve the club a 12-point penalty.

The club also had a Winding Up Petition filed against it from HMRC regarding unpaid tax debts in the region of £70k and staff were informed that they would be paid their monthly salary a week late.

The north stand, named after ex-manager, Joe Royle was redeveloped and as of 2015 opened. It included a gym and the Oldham Event Centre however it is currently closed due to a dispute between the club, landlord and council and underlying safety concerns led by the local safety advisory group. Lack of CCTV and the presence of damaged doors means the stand should not be open on matchdays. However, the matchday safety certificate says otherwise.

A fan group, ‘’Push The Boundary’’ have published details of an email sent to the club outlining their concerns about the current troubles. They clearly state that the current ownership taking the club into its 125th year is a ‘’step too far’’.

‘’This is utterly devastating for the supporters of this club and there has to be someone who takes responsibility for this within the club. Goading a landlord to put us into administration, not paying rent and a refuse to engage in talks regarding the north stand have left us in a powerless situation.’’

The club has fallen into financial trouble before. In 2004, Simon Blitz, Simon Corney and Danny Gazal rescued the club from administration through a new company, Brass Bank. Gazal and Blitz then sold their shares of the club to Corney in 2011, leaving Corney as owner and chairman. However, Gazal and Blitz still own Boundary Park via their part in BrassBank. Abdallah Lemsagam took over the club in January 2018 but led them into relegation after just four months.

Blitz’ Laywer, Jonathon Crook addressed the matter on BBC Radio Manchester: ‘’I’m afraid [the threat of administration] isn’t nonsense. The club owes a lot of money and apparently doesn’t want to pay it and isn’t offering any solutions.’’

Ending on a more positive note, the league two club did win 5-0 to Newport County in their home game at Boundary Park this weekend.