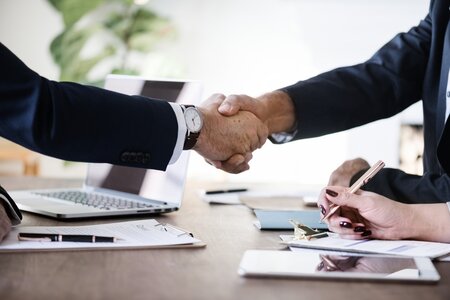 The FCA and Insolvency service have agreed to a deal intended to cut down on the number of phoenix companies operating in the UK.

This 'memorandum of understanding' (MoU) sets out plans to enhance information sharing and enforcement coordination between the two agencies. Both watchdogs hope this collaborative effort will stop unscrupulous business owners from slipping through the net (as many are today).

Here, we’ll take a closer look at Phoenix companies and the new deal designed to end to this practice.

What are phoenix companies?

According to the government, a phoenix company can be defined as one that is:

"Carrying on the same business or trade successively through a series of companies where each becomes insolvent (can’t pay their debts) in turn. Each time this happens, the insolvent company’s business, but not its debts, is transferred to a new, similar ‘phoenix’ company [while the insolvent company ceases to trade.]"

What changes does the MoU set out?

The MoU focuses on how FCA and Insolvency Service processes relating to phoenix companies are aligned.

The government has mooted this deal for some time. Back in 2016, it proposed improving collaboration between the two agencies as part of wider corporate governance reforms.

In terms of information sharing, the new deal sets out how the agencies will prioritise the timely transition of important data relating to director disqualifications, as well as companies/directors already under investigation.

Both the FCA and Insolvency Service have indicated that this new deal is crucial in enabling them to carry out their work effectively. However, they have also strongly impressed that the deal is in the public interest, as it will work to shield investors, creditors and customers alike.

"The MoU firmly establishes our relationship with the FCA and going forward we will endeavour to work closer together in order to put a stop to those companies and individuals who pay scant regard to the law and hurt economic confidence. "

Essentially, the MoU indicates both parties believe that – while focusing on different areas – their objectives broadly align.

What are the specifics of the MoU?

Information sharing will work in both directions under the MoU.

The new deal requires the FCA to pass information to the Insolvency Service about any company director deemed not to have met minimum effective management requirements.

Using this information, the Insolvency Service will decide whether or not to disqualify the company director and wind-up the business.

Additionally, the FCA can now notify the Insolvency Service when a person or company of interest is under investigation.

Conversely, the Insolvency Service can now provide information to the FCA with regard to director disqualifications. The latter will then decide whether the director should have further legal action launched against them.

It will take time to establish whether this new deal will have the desired effect. However, the MoU appears to be a step in the right direction.

Concerned about the prospect of an administration? Talk to the expert Company Rescue team today.