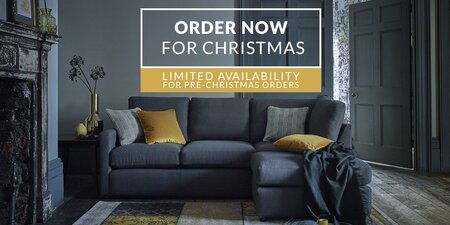 550 UK jobs are at risk as the luxury furniture manufacturer Multi York has entered into administration with Duff and Phelps as the administrators after 76 years of trading.  The chain has 50 stores across the UK and a manufacturing plant in Norfolk.

Mr Graham said the collapse came amid “a sharp fall in consumer confidence and less money being spent on discretionary items”, with accelerating inflation causing shoppers to become more cautious.

“Trading conditions for UK retailers continue to be difficult due to a number of factors including economic uncertainty, rising commodity prices, increasing business rates and the fall in the value of the pound which has increased the cost of importing raw materials and products," he said

But they confirmed Multiyork would continue to trade as normal for the next few weeks as it looked to complete orders ahead of Christmas.

Joint administrator Allan Graham, of Duff & Phelps, said: “We intend to continue to trade the business for a short period as we look for a buyer.”

Whenever a company collapses the reasons behind the demise are put down to the economy with Brexit uncertainty being a factor.  The costs of raw materials have gone up for all their competitors as well and every shopper coming into the store of their competitors has also been subject to “higher inflation etc”.  The most likely reason for this company’s collapse is simply that the retail environment is changing rapidly and some companies are not able to adapt quickly enough.  It may simply be that they were unlucky in that they were vulnerable to any slight pressure on shoppers.

Many of the Multi York stores were in secondary locations in town centres, not unlike BHS, but they were not discounters.  Retail parks have become better places to shop for big ticket items where you can get parking.  Then, of course, there is the huge rise in online shopping.

The failure comes just a few days after DFS, the largest furniture company, had its £25m takeover of Sofology approved by competition authorities, Ian Filby, the DFS boss said the takeover came amid a “very challenging” market.