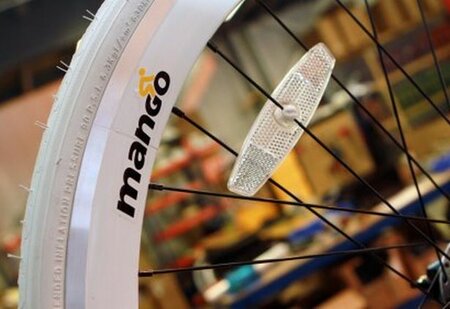 The online bike retailer, Mango Bikes, has fallen into administration. This is, in part at least, due to a highly competitive market and the rising cost of raw materials.

Here, we’ll explore how Mango Bikes got into this position, and what the company's options might be now it’s entered into administration.

Who are Mango Bikes?

Based in Cirencester, Gloucestershire, Mango Bikes sold custom-made city, road and commuter bicycles. It sold items through its online shop to customers across the UK.

The company was founded by two university housemates in 2012. One was Ben Harrison; a keen mountain bike racer and ex-mountain bike World Cup circuit mechanic, the other was Jazz Skelton; a marketer and customers services professional.

This budding duo spotted an opportunity to work with manufacturers and customers while cutting out distributors and retailers. They began importing frames and parts to make custom-built machines, which they painted in their trademark Day-Glo colours.

For years they ran as a successful business. Lloyds Bank Commercial Banking awarded Mango Bikes a £150,000 funding deal in 2015. This was intended to help the company create 10 jobs and quadruple its product range. The business was aiming for a turnover of over £1m a year.

Earlier this year, Mango Bikes road to the rescue of Vulpine, a cycling clothing brand, as it fell into administration. However, it now seems that Mango Bikes has met the same unfortunate fate.

Why did the company go into administration?

Over the past year, there has been a sharp increase in the price of raw materials for bike-building. This has affected the entire industry, not just Mango Bikes. The Brexit referendum exacerbated the situation by weakening the British pound.

The business also struggled due to being in a highly competitive market in which big brands, like Halfords, tend to dominate.

Mr Harrison bought the business for £1 earlier this year. It had accrued £250,000 worth of debts and made the majority of its staff redundant. Now there are only five employees left, and the company has ceased trading completely.

Ross, a partner at RSM, said: "It’s early days but we are progressing all options for the business and assets to maximise realisations for creditors."

What options does administration provide?

The future remains uncertain for Mango Bikes, but the administrators will be looking at a trade sale as an option.

There have also been suggestions that the business will restructure. It could possibly relocate to Newcastle, where certain costs (such as rent) are much cheaper.

The administrators may also consider exiting the administration via a Company Voluntary Arrangement, which will ensure unsecured creditors get at least a portion of the money owed and the company can continue to trade.

Categories: Retail, What is a CVA or Company voluntary arrangement?, What is administration, Insolvency process