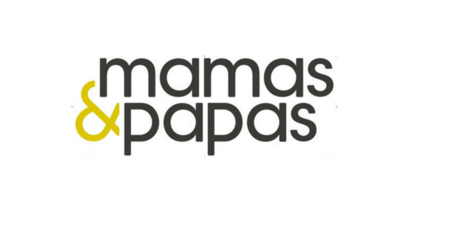 73 staff have been made redundant with immediate effect and 54 additional head office jobs are at risk, as Mamas & Papas collapses into administration, closing six loss-making stores.

Since 2014, Bluegem Capital has owned the business. They helped the company to cut rents via a Company Voluntary Arrangement. Now the private equity company has regained control since buying back the company assets through a pre-pack administration, to cut some of its financial liabilites.

Ricardo Cincotta, CEO of the nursery brand, has said: ''These actions are always difficult but they are also necessary in a challenging market to ensure Mamas & Papas achieves its considerable future potential. We remain fully focused on maintaining our position as the UK's most popular nursery brand.''

The company will continue to review its store portfolio, taking into consideration customers' changing behaviour and altering its offerings to reflect their evolving needs.

26 of the firms stores will continue trading as normal.

This news comes just days after rival Mothercare, went into administration, shutting 79 of its UK stores. Though it supplied Mothercare, a spokesperson for the company said that the appointment of administrators from Deloitte, was not linked to the collapse of Mothercare.

Mamas & Papas has been going since 1981 when it was founded by David and Luisa Scaccheti. Their inital aim was to bring Italian design to the UK buggy market. As well as supplying and manufacturing pushchairs and prams, the nursery brand supply maternity wear, baby products and furniture.

The administration becomes the second retail failure for Bluegem, which was the previous owner of Jack Wills before it collapsed into administration and was bought by Mike Ashley's Sports Direct in August.