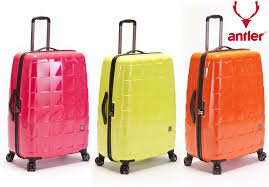 Antler Holdings, the luggage maker, collapses into administration just three months after being bought out by fashion tycoon, Michael Lewis.

The coronavirus pandemic is said to have caused a drop in its sales, forcing the company, alike others in the sector, to call in administrators. KPMG has been appointed.

It is understood that the majority of the 200 employees for the company will be made redundant immediately. Most of the employees have been furloughed via the Governments Coronavirus Job Retention scheme, since the UK-lockdown began in March.

Antler has been around since 1914, trading from 18 standalone shops and one concession prior the pandemic. Its products are sold in some John Lewis and Selfridges outlets and its brand is licensed to third parties in Australia and Asia.

Antler’s standalone stores are likely to shut permanently now but KPMG are thought to be using online channels such as Amazon to trade the business whilst in administration.

Being a company which is exposed to the international travel industry, with less people now able to travel it is unfortunate but makes sense for luggage-makers, alike Antler, to collapse amid this difficult trading period.