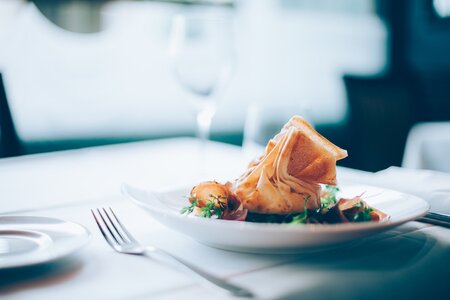 On 8 February, the owners of Boulestin announced that the restaurant had gone into administration. However, Boulestin St James Ltd (a new company founded by Ken Anderson) has now bought the restaurant.

This historic restaurant is not the first eatery to fall foul of the competitive market, however, it has primarily been affordable chains, such as Jaimie’s Italian, that have suffered the most.

Here, we’ll explore what caused the restaurant to fall into administration, and what the future has in store for Boulestin.

Boulestin is a classic French-style restaurant in Mayfair.

The restaurant is a homage to Xavier Marcel Boulestin, the first TV chef. He opened the original restaurant in the 1920s, but it sadly closed in 1994.

It was once the most expensive restaurant in London. The Bloomsbury Set often ate there in its heyday.

Since its reimagining in 2013, it has become more popular with hedge fund managers and financiers.

Located between Green Park and St James’ Park, the restaurant celebrates the life of Monsieur Boulestin and caters to a wealthy clientele.

Despite its rich clientele and high-end menu, Boulestin has a significant amount of debt.

Reports state that in the year ending 2016, the restaurant was due to pay £188,164 to its creditors within a year.

It’s also known that Kissin, the restaurant's only director, gave the business a personal unsecured loan for £2.4 million. He put the restaurant’s troubles down to a “very difficult market”.

Kevin Goldfarb and Stephen Hunt of Griffins Insolvency Practitioners are joint administrators for the restaurant.

They decided to continue trading while they sought a buyer, in the hope of a swift purchase and transition in the future.

“Kevin Goldfarb and Stephen Hunt of Griffins Insolvency Practitioners were appointed as Administrators to Boulestin Ltd on 8 February 2018. The highly regarded restaurant has remained open with its full complement of staff and there has been considerable interest from potential purchasers which should lead to an early sale.”

After the compulsory marketing exercise run by the administrators, Boulestin St James Ltd bought the struggling restaurant. Not only did it secure its future, “but also continued employment for its entire staff”.

Boulestin St James Ltd was founded by Ken Anderson, a restaurateur with “significant restaurant interests in central London”. While it’s not certain which direction he will take the restaurant in, it is certainly an exciting time to be part of the Boulestin enterprise.

However, Joel Kissin will not be part of the restaurant’s future. He will cease to work there in any capacity; “I’m completely out” he said.

If you are concerned about entering administration or other insolvency proceedings, talk to our Company Rescue experts today.