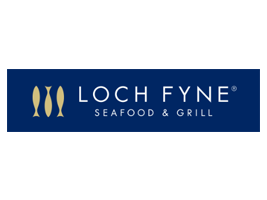 It has been reported by Propel that Loch Fyne, which is owned by Greene King, has received approval for a company voluntary arrangement (CVA). The company has been working with restructuring firm Resolve on the process, which will see it exit leases on 11 sites, where it has already vacated.

The CVA will leave Loch Fyne with ten sites in locations including Ascot, Cambridge, Portsmouth and York. A Greene King spokesman told Propel: “Loch Fyne has been severely impacted by the covid-19 pandemic and the resulting social restrictions. Following advice from an insolvency practitioner, a CVA was proposed to creditors, which has now been approved and will enable us to hand back to landlords a number of sites that are already closed and no longer needed within the Greene King estate. There are no job losses as a result of this and we are looking forward to reopening a smaller number of profitable and well-run Loch Fyne restaurants, which will continue trade once restrictions ease.”

Last October, Greene King permanently closed 11 of its 21 Loch Fyne restaurants. The company acquired the then 36-strong Loch Fyne business for £68m in 2007. More than two years ago, it explored its options for the business, including a possible sale, and has disposed of a number of individual Loch Fyne restaurants during the past 18 to 24 months.

With the CVA proposals, just 10 UK sites will remain including some located in London, York and Scotland.

: What is a CVA or Company voluntary arrangement?