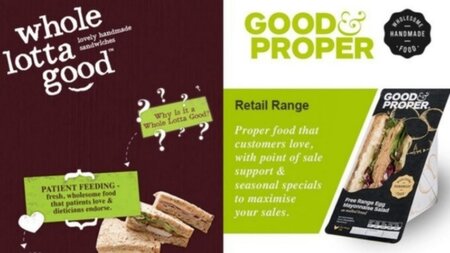 Staffordshire-based sandwich manufacturer, The Good Food Chain, has gone into liquidation with immediate effect. All 125 staff will become redundant, as well as their 40 agency workers.

The supplier was involved in a fatal listeria outbreak, which led to the death of five UK hospital patients who had eaten the contaminated pre-packed sandwiches, provided by the company. Following this, the firm voluntarily ceased manufacturing on 5th June.

It was only on Wednesday (26th June 2019), that the firm was told they could restart production as the Food Standards Agency (FSA) had deemed it safe. The company was no longer part of the inquiry into the source of the outbreak, but due to them producing and supplying linked products, it could not escape being a part of the wider investigation.

The impact of suspending production whilst the investigation took place was too large for the firm to be able to sustainably continue, hence its collapse.

Currie Young was appointed to handle the liquidation.

Business owner, Martyn Corfield shared his devastation of the outbreak and the loss of his 23-year-old company. He felt guilty that the company’s hardworking staff, were now to find themselves jobless – with the situation being no fault of their own.

‘’I would like to thank them for everything they have done for the Good Food Chain, and particularly for their loyalty and patience over the last few weeks’’.

Following this event, UK Health Secretary, Matt Hancock, has ordered a review on NHS Food, to satisfy his concerns.

‘’Staff, patients and families deserve so much better – our NHS should be at the forefront of supporting people to make healthy choices’’.