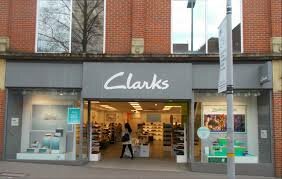 A group of landlords have filed a legal challenge to the restructuring of Clarks, casting a shadow over a turnaround of the near- 200-year-old footwear chain.

Property owners including British Land and M&G are challenging the company voluntary arrangement (CVA) that was approved by more than 90 per cent of creditors last November.

Creditors approve a rescue deal for Clarks. It allows 60 of its 320 stores to not pay rent. For the remaining 260, revenue based rents will be used.

This deal still needs to be accepted by shareholders for it to go ahead and for LionRock Capital to take a majority stake of the business, but gaining 90 per cent approval from landlords is a good stepping stone.

Gavin Maher of Deloitte who is working on the CVA said: ''The approval of the CVA is an important milestone for Clarks, enabling the business to move forward. The CVA, together with the proposed investment from LionRock, will provide a stable platform upon which the management’s transformation strategy can be delivered.''

Struggling footwear retailer, Clarks has been rescued by a £100m investment deal from LionRock Capital.

The Hong Kong private equity firm agreed a conditional CVA, involving slashed rents to nothing at 60 of its 320 stores and moves to a turnover based model for others. All stores remain open,

Also involved in the deal is the founders, The Clark Family, to have a reduced stake in the business. LionRock will become the majority owner.

Almost 4,000 UK shopfloor workers have been warned that their roles are at risk.

Clarks is undergoing talks this week with landlords about a deal in the form of a company voluntary arrangement. Involved in the proposal is around 50 store closures, an unconfirmed amount of job losses and the footwear retailer switching to a turnover-based rent model for future rent payments.

If the CVA gains approval, a cash injection of over £100m from LionRock Capital will be forthcoming.

A rescue deal for struggling family-owned footwear retailer, Clarks, is contingent upon the approval of its creditors.

A Company Voluntary Arrangement is being mooted, led by LionRock Capital. The CVA would involve up to 50 shop closures as well as a switch to turnover-based rents. Also upon the CVAs approval would be more than £100m fresh capital investment from the Hong-Kong based private equity fund. This would be the first time that the founding family shareholder would loose majority control over the company, in all of its 195-year existence.

Hong-Kong based private equity firm, LionRock Capital and investment firm, Alteri Investors, are said to be the two remaining bidders interested in having a stake in majority family owned, Clarks.

A deal is expected to be settled in the next month.

Several accountancy firms are currently working on a restructuring of the footwear retailer as it faced troubles from coronavirus and the impact on the high street. KPMG and Rothschild have been drafted in to advise the company as well as Deloitte being hired and PricewaterhouseCoopers being enaged by some of the chains lenders.

Around 900 office jobs are to be cut at Clark’s as part of its turnaround plan to revitalise the business for operations and trading, post-coronavirus.

Today, 160 redundancies have been made globally, 60 per cent being job losses for its headquarters in Somerset. Over the next 18 months, another 700 employees will be made redundant. This reduction will however create 200 new jobs and those being made redundant will be actively supported in finding alternative employment, within or outside of Clarks, the retailer has confirmed.

This is all a part of the retailers ‘Made to Last’ strategy, launched at the end of 2019, aiming to make sure it has a sustainable future. The turnaround strategy also focuses on a new brand strategy which will exploit the brand’s potential and leverage its heritage and consumer relevance in the market today including concentrating on: sustainability, product innovation, design and quality and digital enhancement for convenience of customers’.

Just last month we were informed that Clarks was potentially looking at closing a few of its stores permanently. CEO, Giorgio Presco, says that stores will continue to be reviewed in line with changing consumer needs.

Covid-19 had also led to short-term liquidity issues for the British retailer. In response to this, its leadership team have been reviewing funding options with selected advisors to enable future growth and ensure the business’s strategy can be delivered.

Family-owned footwear retailer, Clarks has made plans for the permanent closure of some of its stores and is drafting in bankers to review its finances due to the impact the coronavirus outbreak is having on the company.

It is rumoured that a number of its 347 UK stores will not be reopened after the governments enforced closure of non-essential shops is lifted.

In recent days, Rothschild, the investment bank, has been appointed to aid the firm in exploring finance options including accessing new borrowing facilities.

Many of the staff for the loss-making firm have been furloughed through the Coronavirus Job Retention Scheme. For the remainder of the workforce, options are to be assessed.

The 194-year-old footwear firm has been trying to turn its fortunes around for the past year or so. Last year, Giorgio Presca was brought in as the new CEO. Also last year there was warnings of store closures after losses more than doubled.

Clarks has been working with management consultancy group, McKinsey, on a new corporate blueprint but now priorities switch to focus on how best to survive this pandemic.

However, the struggling retailer is now prioritising how best to survive during the pandemic.

A spokeswoman for Clarks said: "Clarks continually reviews all its stores to ensure that they are the right size and located in the right areas in order to provide the best possible service and offering to its customers.’’

"As part of this normal review, we have decided not to renew the leases on a small number of stores and as such, these will cease to trade and will not reopen following the coronavirus closures. We have a strong duty of care to our employees and are doing everything we can to minimise the impact on colleagues."

It is expected for the company to instead follow a more formal restructuring arrangement, known as a Company Voluntary Arrangement. Though the spokesperson said there were no talks about widespread shop closures.