Jewish Chronicle and Jewish News to collapse into liquidation 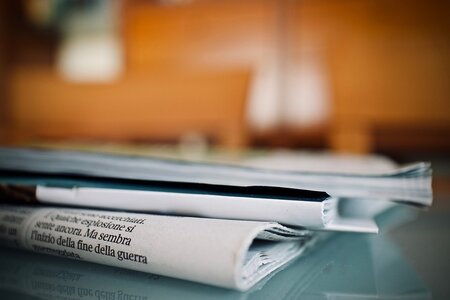 The Jewish Chronicle and The Jewish News are to collapse into liquidation being that in their current form they cannot survive the impact of the unprecedented coronavirus outbreak.

A creditors voluntary liquidation is to considered. It is likely to be finalised in the next two to three weeks. Within this period, both titles said they would do all they can to have their papers published and websites updated.

The 55 staff have been informed the company had run out of money and due to this, redundancies will be happening.

Richard Ferrer, Jewish News editor, explained this news was sad, making it a tough day for the employed staff and community of which they serve.  This especially so close to Passover.

The titles happen to be the UK’s leading Jewish Media Organisations. The Jewish Chronicle is the world’s oldest continuously published Jewish newspaper, running since 1841 and published every Friday. The Jewish News was founded in 1997 and is freely available, publishing copy every Thursday. In its time it has won the Press Gazette free newspaper of the year. In February there were talks of a merger between the two, to strengthen their finances.

Researchers from Ender Analysis have called upon the government to help the news industry, which is battling a drop in advertising revenue and circulation. Many jobs have been cut, if not furloughed. Th situation for the industry is only thought to get worse.

‘’The newspaper industry supports the majority of investment in original reporting, which is part of the fabric of a healthy functioning democracy. We fear it is this layer, the often -unprofitable work of investigations and news origination that will diminish.’’