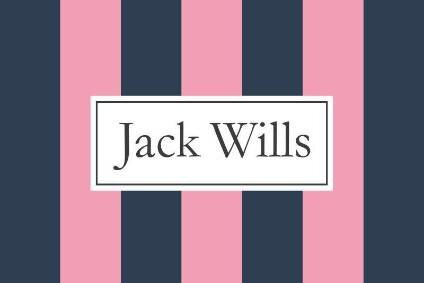 It was only earlier this summer that we heard rumours of Jack Wills going down the CVA route.

Today, we hear how the sophisticated clothing brand, popular with wealthy students, owed over £100m to creditors when it collapsed into administration last month.

KPMG, the administrators have warned there would be a significant shortfall in how much cash that would be returned to HSBC, their primary lender. HSBC were owed £30.8m – leaving no additional funds to be used to pay back the other creditors.
Other creditors, who are collectively owed millions, include Birmingham, Brighton & Hove, Bristol, Cambridge, City of Westminster and Ealing Councils.

In August, retail-tycoon, Mike Ashley brought the company for £12.8m. This added to his business empire, composing of Evans Cycles, Sports Direct and House of Fraser.

The 21-year old retailer, known for its distinct blue and pink brand, peaked in 2007, with plans of overseas expansion being underway. However, due to cash flow difficulties over the past year and a half, collapse is more likely.

The downfall is blamed on the challenging trading environment of the retail market.  The problems plaguing the High Street are likely to continue as the British Retail Consortium announced that footfall has fallen 1.3% in August year on year, compared to a yearly fall of 1.9% in July.  However, dedicated retail parks have upped their game to attract shoppers and the footfall has increased by 1%