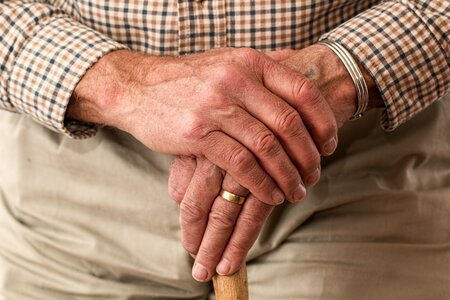 It is not yet clear what this may mean for the customers or the companies themselves. A High Court hearing in May will clarify both points.

Here, we’ll explore what led the Insolvency Service to act against these six pension firms and suggest what might happen next.

Who are the pension firms?

The pension firms involved include Fast Pensions, the sponsoring employer to the occupational schemes, and FP Scheme Trustees, the trustee of all these pension schemes.

Some of the pension funds have been invested in the remaining four firms. They are Blu Debt Management, Blu Financial Services, Blu Personal Finance and Umbrella Loans.

Fast Pensions has been the subject of several adjudications by The Pensions Ombudsman (TPO). Cheshire Police has also investigated the company’s conduct due to suspicions of fraudulent behaviour.

Estimates suggest that Fast Pensions holds £3m in pension funds. However, TPO says that this company is failing in several administration areas. For example, in sending out annual statements and providing members with information on their retirement funds.

TPO has ordered thousands of pounds in compensation from this company.

Why are they in provisional liquidation?

The Insolvency Service ran an investigation into all these pension firms following complaints from customers and the findings from the TPO investigation.

The details of the investigation have not been published, but are substantial enough to warrant a winding up petition.

On 29 March 2018, the Insolvency Service began insolvency proceedings against these firms. After applying for a winding-up petition at the High Court, it was keen to appoint a provisional liquidator.

This is an emergency procedure that’s only suitable if there is genuine concern about the viability of the business. If the court believes that between the issue of a petition and the escalation to a winding up order, the company’s affairs will be inappropriate, or its assets will dissipate, it will appoint a provisional liquidator.

The Insolvency Service applied to the High Court on behalf of the Secretary of State for Business, Energy and Industrial Strategy. It was presented under s124A of the Insolvency Act 1986.

The application was successful, and a provisional liquidator was appointed.

The Official Receiver will act as a provisional liquidator for the time being. It will oversee protecting assets and investments of the pension schemes. However, it is unable to make any investment decisions, provide individual updates, authorise transfers or offer advice to pension members.

There will be a High Court hearing on 30 May, where the judge will decide whether to wind up the firms permanently. The Insolvency Service will not issue any further information on this topic until the hearing is complete.

For now, the Insolvency Service urges any members to register their concerns by emailing piu.north@insolvency.gsi.gov.uk. You should include your name, contact details, the pension scheme you’re a member of, and the date/amount of your investment.

You should also contact the Pensions Advisory Service for expert advice on how to proceed.

If you are worried about provisional liquidation or a winding-up petition, contact our Company Rescue experts today.

Categories: Winding up petition, Insolvency process, Worried Director What Will Happen To Me After Liquidation?