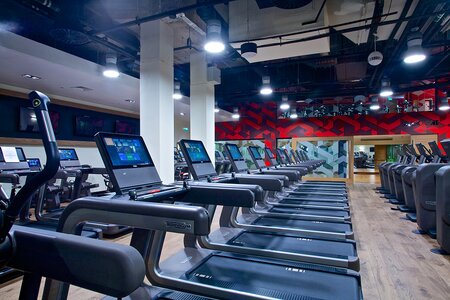 Thursday 29th April 2021, marked the start of a four-day High Court hearing for an application from three Virgin Active units for court approval of the arrangement, which they say will prevent the business from going into administration. The gym operator has told the court it is facing mounting financial troubles due to the impact of the COVID-19 pandemic and could run out of money by May.

A group of landlords — including British Land, Land Securities, Knight Frank and Aberdeen Standard units — are challenging the plan, claiming they are being unfairly treated under the scheme compared to secured creditors and shareholders.

An update on the situation: It is heard today that 2,500 jobs are at risk if creditors of Virgin Active block the proposed restructuring.

The company are said to be drawing up contingency plans involving the appointment of administrators by early June, in case of landlords and lenders not supporting the restructuring which was documented to creditors this week.

If the restructuring was not implemented by the end of May, "the Plan Companies [a reference to the affected subsidiaries] consider (based on advice from Deloitte and its other professional advisers) that absent a prompt and significant liquidity injection they would have no choice but to enter into administration". This process would not be able to save the health and fitness operator and so the administration would result in a sale and wind-down of the companies assets and businesses.

Gym chain, Virgin Active is to use one of the new controversial restructuring mechanisms

Virgin Active, the gym chain part-owned by Sir Richard Branson is in talks about putting in place a refinancing plan under Part 26A of the Companies Act.

This financial restructuring, aims to make restructurings easier for companies facing difficulty, involves a new legal mechanism, Part 26A. This was introduced just last year, by the Government, in anticipation of a wave of corporate insolvencies arising from the unprecedented, impactful and seemingly long-lasting COVID-19 pandemic.

The plan for Virgin Active is expected to launch sometime this week and will only apply to the chains UK operations.

Involved in such a proposal is the prospect of some of the chains’ creditors being forced to accept the terms of the proposal even if they vote against.

An insider to this situation shared that under Virgin Active’s plans, its shareholders would input new liquidity worth £45m, with £17m worth of royalty fee deferrals. Landlords are asked for a write-off or deferral of rent arrears, with temporary rent reductions, from the UK lockdowns. Virgin Active UK’s lending consortium has been asked to amend and extend existing facilities, with the chance of a larger debt package if so possible.

It is heard that the company believe this restructuring plan would allow an equitable outcome for all creditors.

This being said, there are parties involved who express disagreement with the suggestions.

Deloitte are advising Virgin Active in this latest restructuring plan. They have been on board since last year, helping the chain on talks with landlords. Alvarez & Marsal are advising the gym chain’s lenders.