Hotter Shoes to be put up for sale 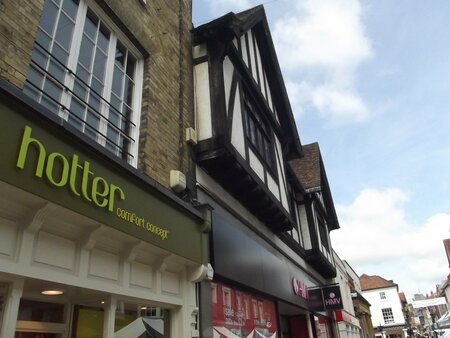 This morning we hear that Hotter Shoes, Britain's biggest shoemaker, is to be put up for sale. Electra Private Equtity appointed investment bank, Stifel, to run an auction on the company during the course of next year, once more normal trading conditions can be resumed.

This comes just a few months after its CVA was given the green light. This emergency restructuring plan cut many jobs and reduced its store portfolio.

Hotter Shoes can move forward with its plans to permanently close 46 stores since its company voluntary arrangement (CVA) proposal received the green light from creditors.

The company's owner, Electra Private Equity PLC, of whom launched the CVA proposal, announced that the proposal was accepted by 99.5 per cent of voting creditors.

This will bring its total store portfolio from 61 to 15. There will be a number of redundancies too, but it is reported that at least 350 jobs have been saved.

CEO of the footwear retailer, Ian Watson said: “I would like to thank my colleagues for their support and understanding through this process. Following the impact of Covid-19 the CVA was a regrettable but necessary step to avoid the likelihood of Hotter going into administration causing a much larger number of job losses, and was critical to ensure a viable future for the business. Now, we can focus on accelerating the implementation of our strategy to develop the respected and valuable Hotter brand with a greater emphasis on its online offering, which should establish a successful long-term future for the business."

It is reported that shoe retailer, Hotter, has submitted its CVA proposal to creditors and shareholders, seeking approval for the closure of 46 stores.

This submission is to help the footwear retailer avoid collapsing into administration. It would see Hotter's store portfolio fall from 61 to just 15 stores. Rental payment terms would also be adjusted for its remaining sites.

It is expected for 350 jobs to be saved from the proposal, if approved, though some redundancies will be unavoidable.

Creditors have until the 28 July to vote on the proposals, with a virtual shareholders meeting scheduled for 29 July.

Ian Watson, CEO of Hotter, explains how these steps are necessary to ensure the long-term success and survival of the business.

Shoe retailer, Hotter, prepare to launch a Company Voluntary Arrangement (CVA) as it looks to scale down rapidly, as part of a restructuring plan.

Electra Private Equity, its parent company, said the management had been in discussion with its retail landlords to seek agreement to reduce the number of stores to a more viable level and cost. However, discussions had been unsuccessful in reaching the agreement needed to allow the retailer to continue.

If the CVA process, which will be entered in the coming days, is approved and successful it will reduce its trading stores to 15, from its current 80.

A formal consultation process has been launched with former employees of its Skelmersdale head office, informing them a number of redundancies is likely.

‘’The need for these actions has been intensified by the consequences of the past three months of lockdown. If successful, the proposed CVA will result in fewer stores, which will secure the future of a smaller, sustainable business and will save over 350 jobs.’’ – Neil Johnson, Electra chairman.

Just earlier this year, Claire Pearl was appointed as chief product officer, to give the business a more ‘’stylish and modern’’ feel, for its 60th anniversary this year. Before the pandemic hit, Hotter was doing well and progressing with accelerating its digitisation strategy to return to its direct marketing routes.