In not an altogether surprising letter written by Business Secretary, Kwasi Kwarteng, ( leaked to the Financial Times)  the government has told the insolvency profession that it will not be forcing insolvency on businesses trying to recover from the pandemic.  Many of these firms have taken on large debts in forms of Bounceback loans, CIBLS and now Covid Recovery Loans.  Many of these loans now need to be repaid.  In addition VAT payment deferrals are now due.

In the letter, the business secretary writes that he "recognises the path back to full trading and coming off government support will be difficult for many companies".

"It is right that where government has stepped up, through the general taxpayer, to support the economy during this national emergency, that business should do all it can to pay its fair share of taxes and repay back loans where it can," he says.

However, he set out that HMRC will always seek to help companies that engage with them.

It is likely that many businesses will struggle to pay their loans but as the economy expands quite rapidly after the full opening up then they will find they need capital to fulfil orders etc.  This could mean that business will run out of cash before they even think about repaying loans. 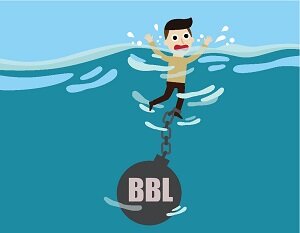 Can't Pay Back Your Loans?