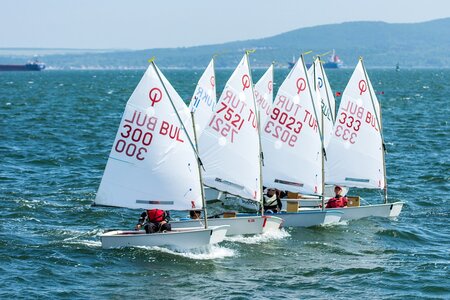 Fashion retailer Henri Lloyd has been bought via a pre-pack administration by Aligro UK Limited, enabling the brand to continue trading and securing 44 jobs.

Read on to learn more about why the company entered administration and get up to speed with the details of the rescue deal.

Who is Henri Lloyd?

Originally founded in 1963, Henri Lloyd was the brainchild of Henri Strzelecki and his partner Angus Lloyd.

Having received accolades for his time with the Polish contingent of the British army during WWII, Strzelecki later moved to Manchester to study textiles and never lost his innovative approach.

The brand – which specialises in sailing/yachting, golf and outdoor apparel – was among the first to introduce revolutionary new materials, such as Velcro and Gore-Tex.

Henri Lloyd grew to include seven dedicated branches across the country. The company also sold its wares in numerous House of Fraser stores.

The company has provided official merchandise for a host of notable sports teams, with Tour de France winners Team Sky and the Land Rover BAR America's Cup team counted among its client base.

Why did Henri Lloyd enter administration?

An official statement from the company noted that “The decision to appoint administrators was made due to challenging trading conditions on the high street”.

Falling consumer spending and business rate hikes have created a difficult environment for trading on the high street. However, the final nail in the coffin is likely to have been the decision by House of Fraser to close 31 of its 59 stores.

Ratten and Woodside confirmed that five of Henri Lloyd's stores and specific stock assets had been sold to Aligro UK Limited on 11 June.

This deal with Aligro UK Limited – which was established on 4 June – will save 44 jobs at the company. This includes 38 shop staff and six head office employees.

The move will enable Henri Lloyd to maintain five stores across the country. Branches in Salcombe, Dartmouth, Cowes, Cheshire Oaks and Lymington have been earmarked to stay open.

However, this only represents a partial rescue deal. The terms of the arrangement outline how Henri Lloyd will be required to:

Commenting on the deal, joint administrator Ratten stated: “Selling the whole business as a going concern was not a viable option ... This sale represents the best outcome for creditors, it maintains Henri-Lloyd’s presence in key locations and secures 44 jobs."

The case of Henri Lloyd proves that entering administration does not have to be the end of the road, providing company bosses take timely and constructive action.