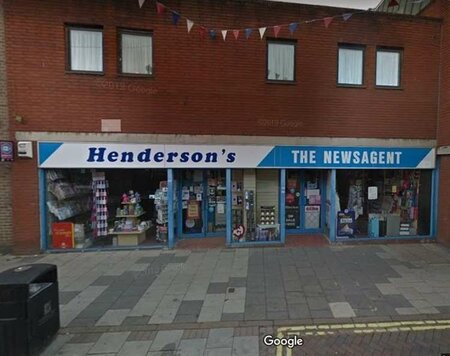 Henderson's Newsagents has collapsed into administration.

The 60-year old company is a chain of shops located in six of the home counties; one in Hitchin (Hertfordshire), Haverhill (Suffolk), Newmarket (Suffolk) and three in Luton (Bedfordshire).

All shops are to be closed, with more than 60 jobs to be lost.

For two shops in Luton, not only do they see the loss of the newsagents, but also their post office. Hitchin Road and Wigmore Lane are affected.

A local customer said ''it's a terrible shame they seem to have gone bust overnight, I was only in there on Monday afternoon with a parcel and the next day the shutters were up with a receiver's notice.''

Joint Administrator, Michael Pallott explained how the current economic climate meant Henderson's saw a drop in turnover at the same time as an increase in overheads; consequently leading to administration. This of course was not helped by the changing consumer behaviours, whereby less people visit their local newsagents daily.

Mr Pallott, alongside Adam Harris, both from Mazars LLP are now seeking a buyer. It is heard that already there are some interested parties.

Customers are left wondering what will happen next - many people relied on this business. It has been described as ''a real loss of public service''.

The appointed administrators wish to thank all directors and staff for their help during this stressful time.