Gin Festival goes into administration and tickets will not be refunded 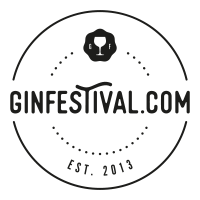 The Ginfestival.com has gone into administration with the loss of 27 jobs and 20,000 tickets. The tickets will not be refunded for the 20 upcoming events that have now been cancelled. The cancelled events include this weekend’s Gin Festival Norwich, which was sold out for three out of the four planned Friday-Sunday sessions.  Further events were due to be held in Sandown, Worcester, Liverpool, Birmingham, Lincoln, Portsmouth, London, Wakefield, St Albans, Sheffield, Oxford, Edinburgh and Leicester.

The reason for the failure has been put down to the firm's ambitious expansion into an online presence and the selling of craft gins direct to customers.  These 2 strategies were too costly according to the administrators at Begbies Traynor.

The administrators were appointed to help the company find a buyer, however, with this aim not being met, the company is left with no other choice but an immediate administration. Begbies assigned Julian Pitts and Nick Reed as the administrators who will now work on selling all remaining assets, to get the best return for creditors.

Begbies Traynor are advising all of those who brought tickets, to contact the providers of their credit or debit cards, to see if they are covered under the chargeback system. The chargeback system reverses transactions to secure refunds for a purchase. The banks put back, the funds they withdrew which were previously deposited into a recipients bank account. It usually occurs for credit card holders who spend over £100, however you can also claim if you are a debit card holder and spent less than £100.