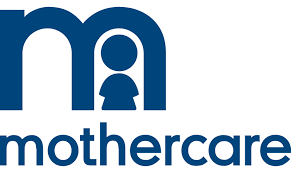 In May, Mothercare confirmed the rumours that they were looking to propose a Company Voluntary Arrangement (CVA), starting in June of this year. They also announced the bringing back of ex-Chief Executive Martin Newton Jones who was ousted following a poor Christmas trading period.

The CVA proposal failed to receive all of the shareholder's support, meaning that further changes to the company will occur.

An extra 100 jobs will go, along with a further 9 UK outlets - making the expectations now for 900 jobs to go, with a total of 60 store closures.

So far, good progress has been made with the retailer, where they have been restructuring and refinancing the group. Conditional debt facilities of £67.5 million have been revised with Mothercare Lenders, as has a fully underwritten equity issue of £32.5 million be raised from existing shareholders.  Altogether, the company have identified the total cost savings to be £19 million.

By next June, when the CVA is set to be complete, its expected for 77 UK estates, with 19 of these on a reduced rent rate.

Clive Whiley, Mothercare Chairman, says that despite the lack of full approval for the Children's World CVA, a solution has been found instead, which allows the company to develop faster, and more efficiently, allowing the foundations to be put together to bring Mothercare to where it should be.

Mark Newton-Jones admitted how the company had been struggling for 10 years, mainly due to lack of investment and not staying up to date. This, alongside the currently distressing state of the UK retail sector, with low consumer spending and higher business costs, puts even more pressure on the company to act and saves its stores.